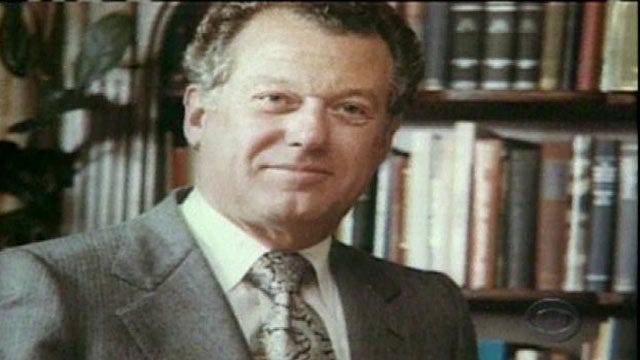 The FBI hunted for Bulger for 16 years without success. A switch of focus to his longtime girlfriend yielded results in just days.

Harris said he knew this day would eventually come. Harris is working with the U.S. Attorney's office in Boston to coordinate how and when Bulger will come to Tulsa for the Roger Wheeler murder case.

FBI agents say they got a tip that Bulger and his long time girlfriend, Catherine Grieg, were living in an apartment in Santa Monica under the names Charles and Carol Gasko.

When they arrested them, agents say they found more than 20 guns and hundreds of thousands of dollars in cash in the apartment.  The property manager says the couple moved in about 15 years ago and always paid cash.

Many wonder how he managed to get multiple identities and cash all these years, basically hiding in plain sight, despite a nationwide manhunt.

Some speculate the FBI didn't really want to catch him for the fear of what he may reveal.

"Over the years, I've talked to people who've eluded that he has so many secrets that if caught, would open up that can of worms," Retired Tulsa Police Sergeant Mike Huff said.

Bulger was the head of the Winter Hill mafia in Boston, who infiltrated a gambling business called World Jai Lai to skim the profits.  Tulsa businessman Roger Wheeler bought the business and discovered something was amiss and began asking questions.

Police say that's when Bulger gave the order to have Wheeler killed. What no one could dream at the time is that corrupt FBI agents from Boston helped.

"They shipped guns out here by bus, stole a car once they got here to use. They received information about where Mr. Wheeler would be; description, tag numbers from FBI agent Paul Rico and were able to come across him at Southern Hills Country Club after a round of golf," Huff said.

Each time Huff got a lead, it seems he'd find another dead body. When he began to suspect some of those roadblocks and dead-ends were partly the result of a Boston FBI cover-up, he says no one wanted to hear it.

"The depth of this corruption and cover-up is monumental," he said. "I found out they gave him information from my police reports and gave me information to throw me off track."

Bulger faces charges of first degree murder and conspiracy to commit murder in the first degree. Harris wants justice for Wheeler's family and friends and will take any advice the family has in the prosecution of the case.

"You just get cross ways with the guy and you wound up in a shallow grave somewhere, buried underneath a house. Murder to him was an everyday solution to a minor problem," Huff said.

Bulger was an informant for the FBI, feeding them information that led to some big arrests, which is why police say those corrupt agents looked the other way when Bulger and his people committed their crimes, including murders.

Bulger is in federal jurisdiction and will remain there for some time before being transported to Tulsa because he's facing federal charges as well as charges out of Miami and Boston.

Florida prosecutors say they intend to try captured mobster James "Whitey" Bulger on charges that he ordered the murder of a gambling executive.

Prosecutors in Miami said Thursday that the Boston Irish mob leader remains under indictment for the 1982 murder of Jai Alai executive John Callahan. Former FBI agent John Connolly was convicted of murder in 2008 for telling Bulger that Callahan was cooperating with investigators looking into Bulger's role in Wheeler's murder.

Bulger appeared Thursday with girlfriend Catherine Greig and waived his right to a removal hearing.