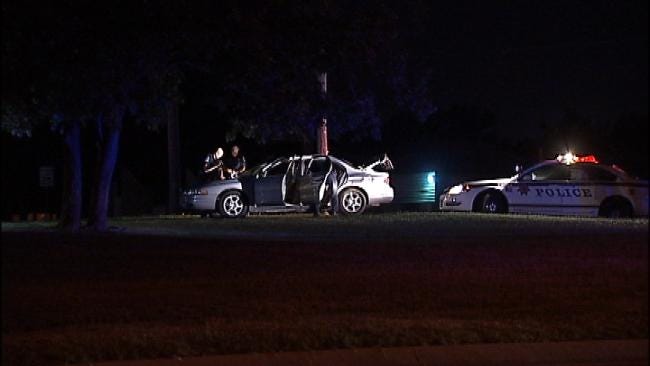 Police officers say they tried to pull over the car around 11 p.m., but the driver kept going.

As the car drove through a nearby apartment complex parking lot, Tulsa Police say people in the car began throwing guns out the windows.

The driver did eventually stop and police officers were able to retrace the car's route and recover the guns.

All five people were taken in for questioning.