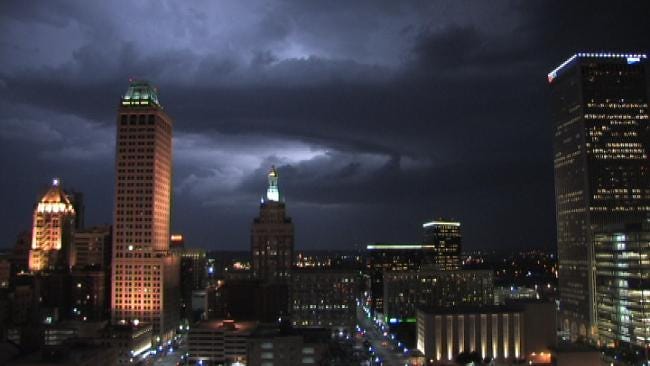 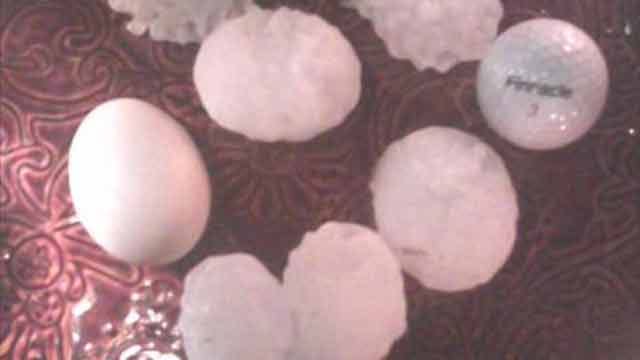 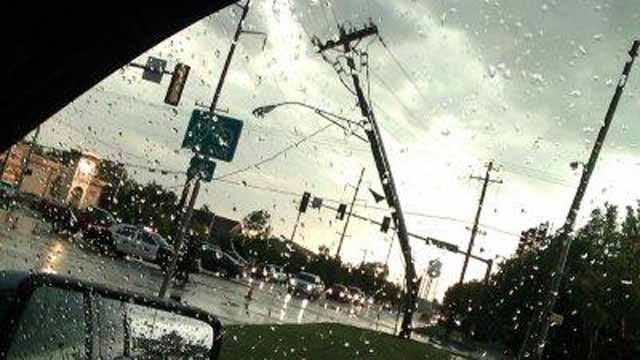 Winds of up to 60 miles per hour were reported with the line of storms.

Send your weather pictures to pics@newson6.net

The storms left behind some damage in central Oklahoma, ripping the roof of an apartment complex and toppling power lines and trees in Norman.

The storms developed as a result of a cold front that moved into the region, News On 6 Chief Meteorologist Travis Meyer said.

Temperatures will cool off a bit on Wednesday before heating back up again as we head into the weekend.

"Instead of upper 90s we should have a high near 90 Wednesday before the front moves back northward Thursday morning bringing more hot air and gusty south winds into the weekend," News On 6 meteorologist Alan Crone said.