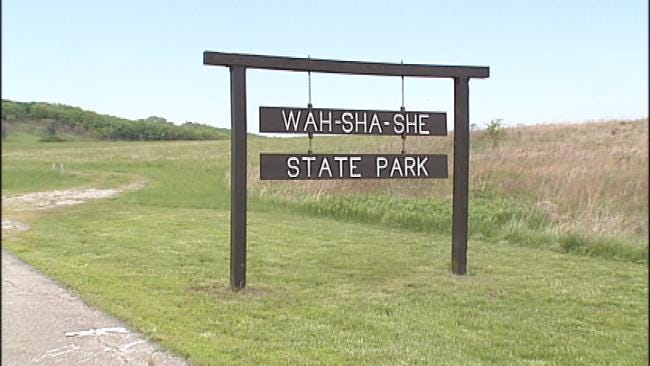 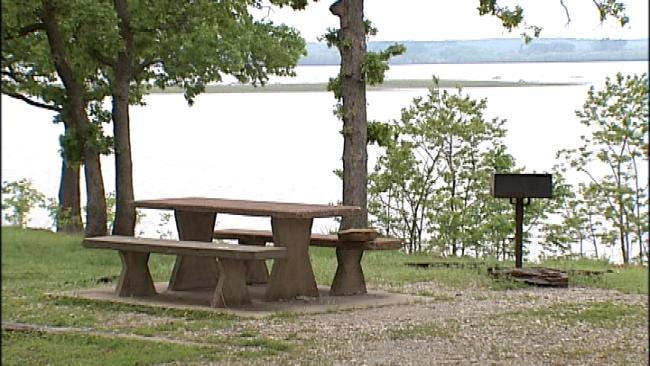 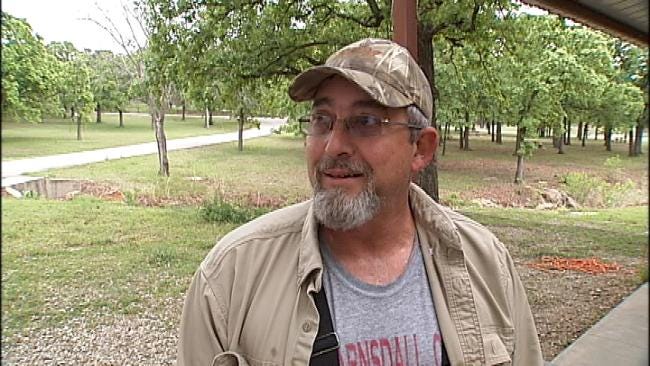 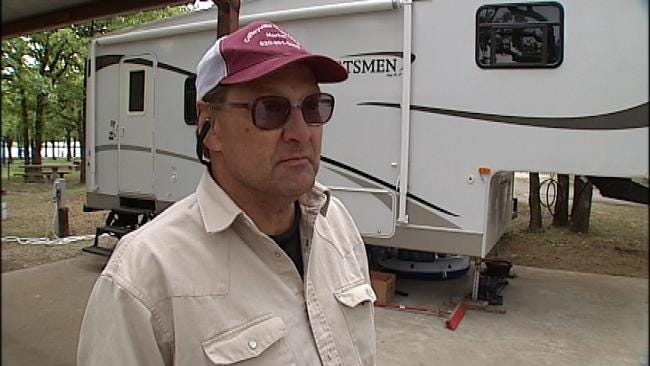 PAWHUSKA, Oklahoma -- There's new hope for at least one state park on the chopping block. The state tourism and recreation department is closing seven state parks to save about $700,000 a year.

But one of those parks in Osage County could remain open under a potential partnership.

Todd Baker and his fishing buddy Jack Morrison and Bouncer, the catfish catching dog, are enjoying time at Wah-Sha-She State Park. They say there are a lot of things to love about Wah-Sha-She.

"Got nice facilities, good fishing," Baker said. "Best sunset in the state I guarantee you."

Wah-Sha-She is an 1,100 acre park on Lake Hulah with 47 RV sites, places to tent camp, playground and more. But its days are numbered. It's one of seven state parks that will close in Oklahoma due to budget cuts.

There is new hope for Wah-Sha-She. The Osage Nation is looking into the possibility of taking over operation of the state park. They're evaluating the condition of the parks facilities and roads.

Once the assessment is complete, the tribe will consider taking over management of the park, with the possibility of using federal funds to do it.

Todd and Jack hope it happens.

Craig Day, News On 6: "Do you hope the Osage Nation takes it over?"
Jack Morrison, state park visitor: "Yeah. Yeah. I would like to see someone take it over."

Both have spent a lot of time enjoying the beauty, fishing and everything Wah-Sha-She has to offer and they think, it's a keeper.

The tourism and recreation department has had discussions with several Native American tribes and local municipalities in Oklahoma to see if they can take over the financial responsibility of operating at least some of these seven parks, keeping them open. If agreements aren't reached, those seven parks will close August 15, 2011.