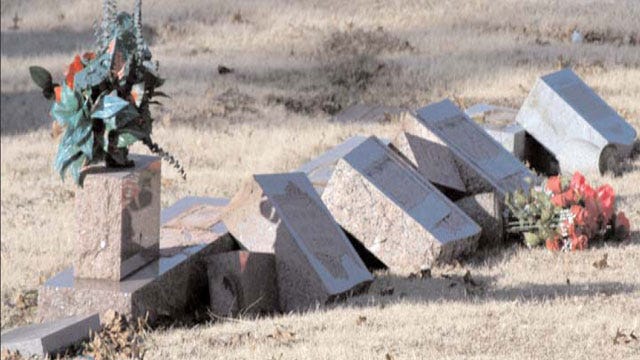 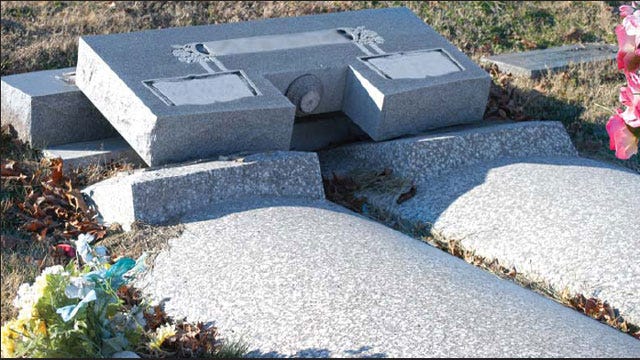 MAYES COUNTY, Oklahoma -- Vandals lashed out on dozens of graves at the Fairview Cemetery in Pryor.

The Paper in Mayes County shared pictures with News On 6 showing headstone after headstone knocked to the ground. Several of those were in Babyland.

Plus, the vandals broke almost two dozen vases over the weekend.  If that wasn't bad enough, the vandals also wrote unspeakable comments on the gravestones.