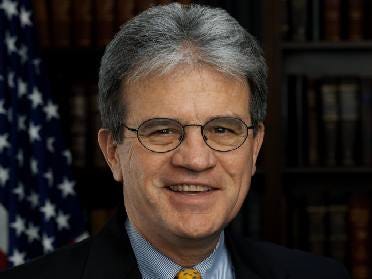 TULSA, OK -- Lines are being drawn in the battle to save the economy.

Like Oklahoma Senators Jim Inhofe and Tom Coburn, many Republicans say the $827 billion proposal is too expensive and does too little to solve the real problems.

A top White House economic adviser is expecting a rocky week as lawmakers try to hammer out the final details.

He says this isn't the time for partisan politics.

"That could lead to a vicious cycle of layoffs, falling home values, lower property taxes, more layoffs, and we've got to prevent that," said Lawrence Summers, chairman of the White House National Economic Council.

Senators are expected to vote Tuesday.

The Senate passed two of Coburn's amendments to the stimulus bill. One eliminates a tax break for Hollywood producers, and the other cuts money for things such as museums, golf courses and swimming pools.

"The disease we have is a mortgage crisis and a credit crisis," he said. "You gotta fix the real disease and not treat the symptoms, and that's the biggest problem with it."

He also said the bill is loaded with earmarks and other things that won't produce a long-term economic benefit.

With nearly a quarter-million of bridges falling down, Coburn says he wants to see infrastructure made a priority.

"I've talked with Gary Ridley of Oklahoma -- he's the head of the highway department, and he's got $700 million dollars that he can get in 18 months."

Oklahoma, like many states, is dealing with a budget shortfall, but Coburn says it's important that state lawmakers make the hard choices and trim spending. Otherwise, he says the federal government will set a dangerous precedent.

"The next time something like this happens, do you think the state's are gonna be fiscally frugal?" Coburn said. "No, they're gonna say Uncle Sam will bail us out. Well, Uncle Sam is our kids, and we can't afford to do it."

Coburn says lawmakers might be trying to protect people in the short run but this stimulus bill will only make things worse.

"The pain we're gonna have is gonna be far greater than this when we have hyperinflation and interest rates of 25 or 30 percent," he said.