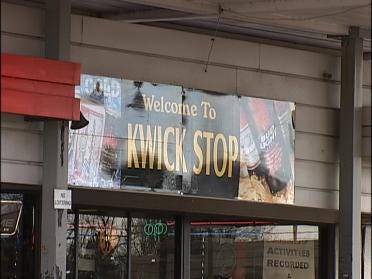 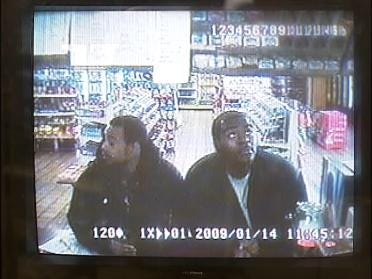 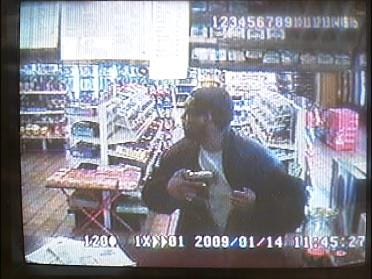 TULSA, OK -- The owner of a convenience store in a high crime area is desperate for help after thieves stole the handgun he keeps behind the counter for safety.  The thieves were caught on tape.

Video taken at Kwick Stop near 61st and Peoria on Wednesday shows two men asking a clerk for something in the back and when she steps away, they help themselves to cigarettes.

If that was all they did, it may not have been that big of a deal.   But, one of the men leaned over the counter and grabbed a .40 caliber semi-automatic handgun.

"That's our weapon we use for our safety. Once that's been violated, don't know what else can be violated," said Kwick Stop owner Mike Numair.

Numair says police have done a good job lowering crime in the area near his store, but it's still bad enough he decided to keep a gun for protection.

He filed a police report on the stolen gun and then called The News On 6.

"One of the reasons we called is we don't have a name to the face yet. We have good video, gave it to police.  We just need to get these people caught so they can be brought to justice," said Kwick Stop owner Mike Numair.

Numair says it's hard enough to run a business with the bad economy and he estimates he loses $60 a day to shoplifters, but he says Wednesday's crime went too far.

The store owner certainly hopes the surveillance tape helps get the suspects identified, but what really worries him is where the gun is and what it could be used for.

"It's a great concern because that weapon can be used for any reason now, not just for our safety.  Could be on the streets for the wrong reasons," said Kwick Stop owner Mike Numair.

Numair realizes the gun has probably traded hands several times and he won't get it back, but he hopes police can catch the thieves before something terrible happens.

Anyone with information about the suspects is urged to call Crime Stoppers at 596-COPS.