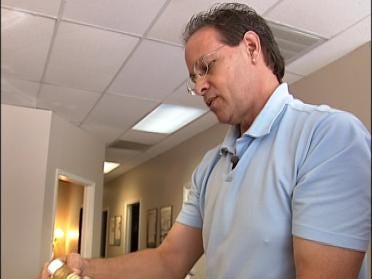 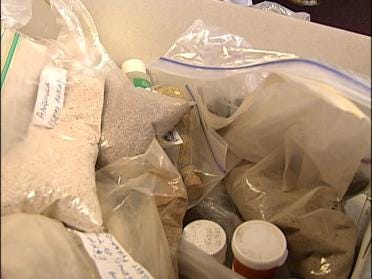 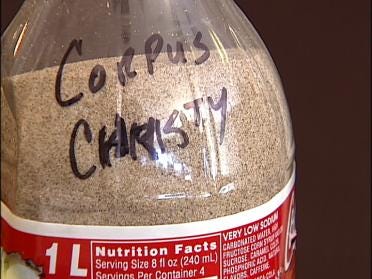 Sometimes collections just happen.  They just accumulate.  The News On 6's Rick Wells reports that's how it is with Dr. Gregg Coker's collection of sand.  He never intended to have a collection of sand, but he has dozens of different kinds from all over the world.

In a cardboard box are maybe 100 different kinds of dirt and sand from countries all over the world.

"Some from Japan.  Several from Hawaii.  That's from Lima," said Dr. Gregg Coker.

And, all the samples are in every kind of container.  Dr. Coker says some of the sand and dirt he picked up on his own trips.   Then he started talking about his collection in the office and soon patients were bringing him samples from all over the world.

"Originally I thought I would build a table with a scale of the world on it or the shape of the world, and I'd put the dirt and sands in each of the counties and pour a plastic laminate over it," said Dr. Gregg Coker.

That never happened which has meant the donations have been accumulating in a box.  His three favorites are from the English Channel, Gibraltar and Norway.

The last contribution to the collection, he thinks, came maybe four years ago.  Since then, it's been living in his attic.

"Eventually, I thought I just can't throw this away," said Dr. Gregg Coker.

Dr. Coker is really looking for someone to give the collection to.  Perhaps, a teacher who could turn it into a useful teaching aid.