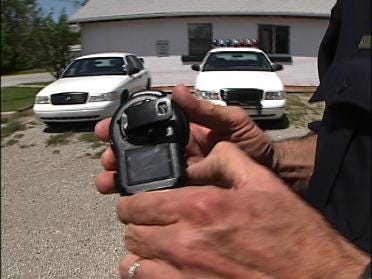 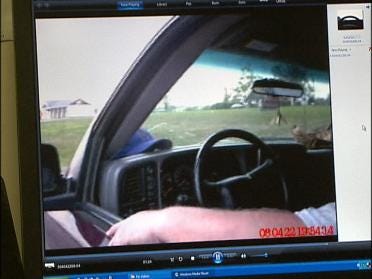 The system is called VIDMIC and it is cheaper than dash cameras and much more versatile.  These cameras can go anywhere an officer can, where dash cameras only work if something happens right in front of the squad car.

The VIDMIC can record a traffic stop or be rolling when an officer responds to an emergency such as a house fire.

The VIDMICs record only for three hours, so officers don't have them running continuously.

"My officers, on any type of call, any traffic stop are instructed to turn the VIDMIC on," said Oologah Police Chief Novale Thompson.

The chief downloads the video every day, they can't be edited and the chief is the only one who can delete a file, which makes the VIDMICs tamper proof.

Another advantage of the VIDMICs is they allow an officer to see around a corner to see if there is danger before they approach. They can also be used to videotape or take still pictures are crime scenes.

Chief Thompson says his officers like wearing the cameras, noting people tend to act differently if they know they're being recorded.  That can offer benefits on both sides.

The VIDMICs cost $700, as opposed to dash cameras that run between $4,000 and $6,000 each.  Oologah bought their units with money donated from the Cherokee Nation.