Glenpool Gets A Green Wal-Mart 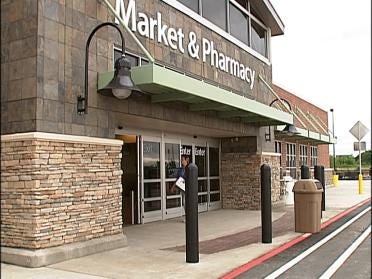 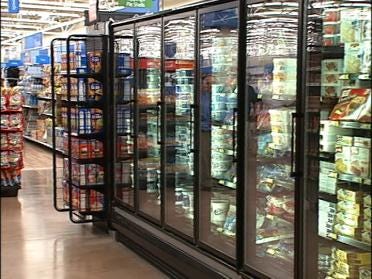 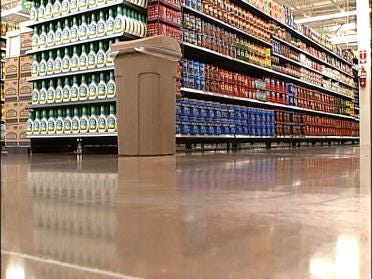 Wal-Mart goes green in Glenpool.  And, the city expects some green at the same time.  The News On 6's Emory Bryan reports the store opens Wednesday morning at 8 o'clock and will become Glenpool's largest employer and largest source of sales tax revenues.

Even though it's big, it's designed to have a smaller environmental impact than most other big stores.

The Glenpool Wal-Mart SuperCenter is one of the chain's biggest stores.  It's fully stocked with the Wal- Mart staples, but also has some of the latest ideas on energy savings.  Wal-Mart can connect low prices with savings from incorporating natural light from 218 skylights.

"When there is a certain amount of light it shuts the lights off in the building in certain areas and just operates from the skylights to conserve energy," said store manager Jon Palmer.

And, the environmental improvements go from ceiling to floor.  It's made of a recycled concrete material that doesn't need waxing.  And, if you're by frozen food, don't be surprised to see the lights turn on and off.  They light up only when customers get close, saving electricity.

Besides the environmental aspects inside the store, one thing that's different about this Wal-Mart is how it looks on the outside.  There is much more landscaping in the parking lot and, even though, it's just as big as other Wal-Marts, it's designed to look smaller not so much of a big box.

There are shelters in the parking lot to give customers some shade and the store is built with more natural looking materials.

Still, like other Wal-Marts, it's expected to pump millions into the economy.

"We're going to have the money to address the quality of life issues we'd like to address in this community," said Glenpool city manager Ed Tinker.

"The Wal-Mart is just a start, retail is coming to Glenpool.  It's a rebirth of Glenpool," said Glenpool city manager Ed Tinker.

The store has hired 350 people and they're still hiring.

Glenpool Gets A Green Wal-Mart