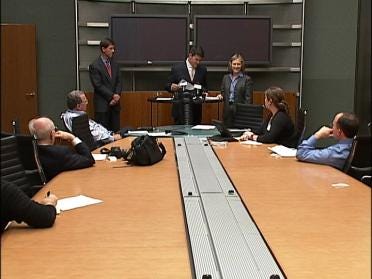 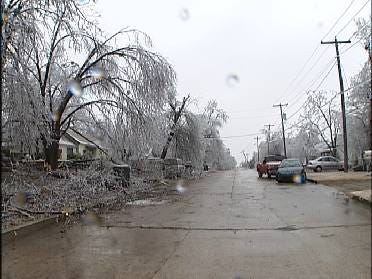 Just four months ago, Tulsa was still in middle of an ice storm disaster with hundreds of homes still without power.  The News On 6's Emory Bryan reports the state is trying to calculate how much it's worth to try to stop a massive power outage from happening again.

In the neighborhoods it's a very real cost issue, an average of $300 in lost food, besides damage to homes.  Now the question is whether people are willing to pay more for electricity that's more reliable.

The ice storm proved once again how vulnerable overhead power lines can be. PSO reports that repairing the damage costs $80 million.

The ice storm clarified the argument over the low cost of overhead lines compared to the better reliability of underground lines.

For PSO and its customers, it will all come down to cost.

"Taking overhead lines and putting them underground and how much money is appropriate to spend on that activity," said PSO President Stuart Soloman.

The cost issue is under the control of the state's Corporation Commission.

"From a public safety standpoint, we have to figure out what we can afford because it does impact people's lives," said Commissioner Jim Roth of the Oklahoma Corporation Commission.

Back in January, PSO asked the commission for the authority to bury more powerlines and pass the cost along to consumers.

The utility now spends $20 million a year burying lines, but it would take much more to bury enough lines to make a monumental change in reliability during an ice storm.

For PSO, trimming trees has had a bigger impact on preventing outages. The Corporation Commission has to decide where to balance that equation.

"We're definitely going to look at the formula of tree trimming versus undergrounding and then try to incentivize the utilities in the right direction," said Roth.

"It's going to be important for us to continue the tree trimming efforts we've had going the last couple of years, it's made a big difference in our reliability and I think our customers are seeing that," said Soloman.