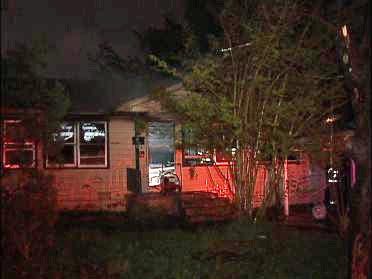 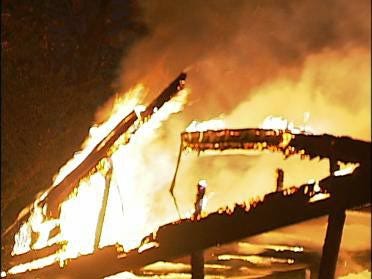 Firefighters were called to the 1800 block of North Louisville around 1:30 a.m. Thursday.  The call went out as a possible rescue, but it turns out the house is vacant and undergoing renovations.

About an hour later, firefighters were called to the same house.  This time they found the home engulfed in flames.

Two neighboring houses also had about $5,000 worth of damage because of the heat from the fire.

Firefighters believe the second fire was intentionally set, but the cause is still under investigation.