Sculpting A Tribute To Sequoyah 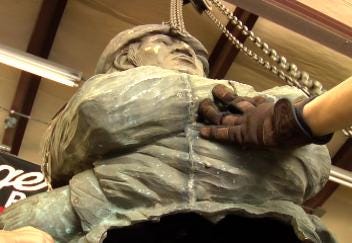 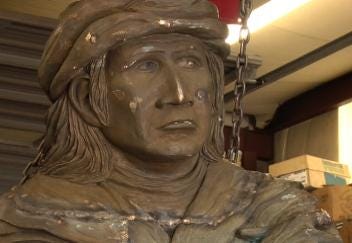 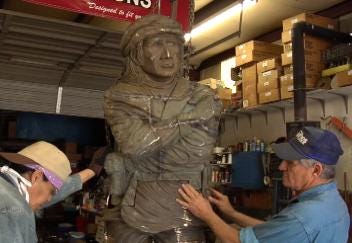 "I started doing it in '96, so I've been working on it for the past twelve years I guess," said Ed Rackleff.

In the early 1800's, Sequoyah became fascinated when he saw the white men corresponding with the written word.  Words on paper had not been used by the Cherokee people, he called the writing "talking leaves." Twelve years later he had developed the Cherokee alphabet.

Welder John Baden has been working with Ed for the past 12 years on the 800 pound statue.

"He takes so much pride in his work and this statue of this famous Indian that money doesn't mean anything to him.  He doesn't do it for money.  He does it for the pride of the Cherokee people," said John Baden.

"It just makes me feel good, that's all. I had the ability to do it and the knowledge to do it, so I'm trying to do it. When I get it done, I'll be done. Then I can be proud of it when I'm finished with it," said Ed Rackleff.

Sculpting A Tribute To Sequoyah