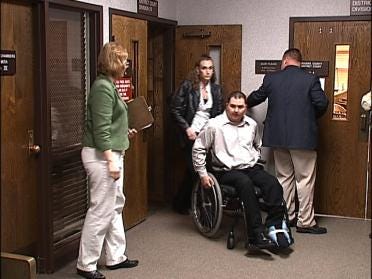 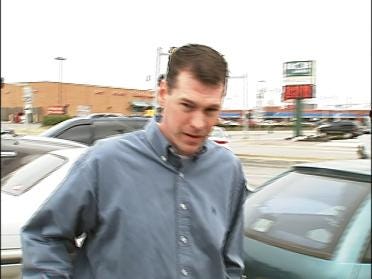 A Claremore man accused of shooting another man over a neighborhood speeding dispute will stand trial.  The shooting victim is paralyzed from the waist down as a result of the incident.  Now a judge has ruled that there is enough evidence to send the case to trial.

The News On 6's Jeffrey Smith reports Mark Abshire will stand trial for the crime of shooting with intent to kill. He's accused of shooting Robbie Case twice after an argument and physical altercation outside his Rogers County home.

Much of the case will now come down to how a judge and jury interpret a controversial law.

It's known as the "Stand Your Ground Law." And it's now at the center of a high profile attempted murder case.

"From the beginning of this case it raised a lot of questions," said Rogers County Undersheriff Barry Lamb.

The law states that if not doing anything wrong and you're attacked, you have no duty to retreat.

"You can use whatever force is necessary to repel that force, including deadly force, and you should suffer no consequences," said Abshire's Attorney Jack Gordon, Jr.

Abshire is accused of shooting Robbie Case last Labor Day.  Investigators say Case was speeding down a neighborhood street.  Abshire shouted at him to slow down, and shined a spotlight in his car.

A passenger in Case's car says that's when Case turned around to confront Abshire.  The two began arguing and then shoving. Abshire pulled out a gun and two shots rang out, leaving Case paralyzed.

Gordon says his client was only acting in self-defense.

"You have a right to protect your house, against all comers," said Gordon.

The Assistant District Attorney says that a shouting match in a driveway is not enough of a defense to feel that life and property are being threatened, especially when you're the one that's armed.

A judge has now ruled Abshire must stand trial for shooting with the intent to kill. And the sheriff's department says the boundaries of standing your ground are going to be tested.

Abshire's arraignment is next month when his attorney says he'll plead not guilty.