Standoff Ends With No Arrests 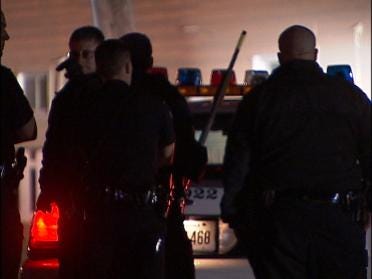 Tulsa police engaged in a standoff with burglary suspects on Wednesday.  It all started around 10:30 p.m. when officers responded to a burglary call at the Bradford Park Apartments.  When they arrived, officers saw some men run from an apartment.  One of the suspects fired shots at the officers.

They received word the men were in a different apartment.  A family was inside the apartment and the adults were able to escape through a window.

Standoff Ends With No Arrests