A Love Of All Things Poodle 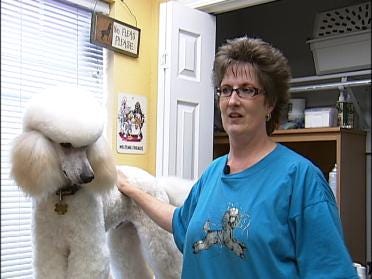 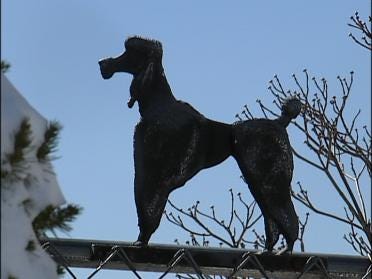 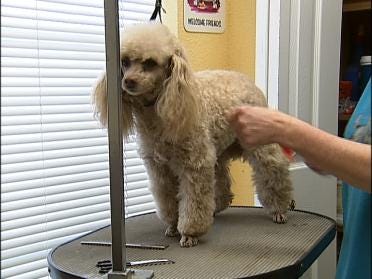 People collect all sorts of things.  The News On 6's Rick Wells recently received an e-mail from a viewer telling him about a friend's poodle collection.  As he approached the home in Broken Arrow, he knew he was in for oodles of poodles.

Janet McGrath is a groomer of mostly poodles and a collector of anything poodleish.

In the poodle bathroom is that a roll of poodle toilet paper.  The shower curtain she found on e-bay, vintage 1958 and brand new.

In addition to the poodle bathroom, there is a poodle bedroom.  Poodles are on the bed and the dressing table.

Janet is adding more poodle stuff all the time:  plates, bowls, towels, figures.  She says she stopped counting the items at about 800.

There are, of course, live poodles, like Sophie who was stopping by for a new do.

A Love Of All Things Poodle