Go Blue For Your Colon 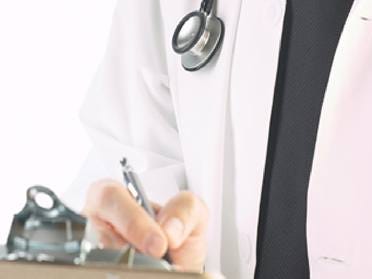 March is National Colon Cancer Awareness month. Officials with the American Cancer Society are asking everyone to wear blue on Saturday in order to spread the message of colon cancer prevention.

Colorectal cancer, commonly referred to as "colon" cancer, develops in the lower part of the digestive system in the colon or rectum. Before a cancer develops, there often are earlier changes in the lining of the colon or rectum. One type of change is a growth of tissue called a polyp. The American Cancer Society reports removing the polyp early through colon cancer screening, may prevent it from becoming cancer.

"Colon cancer is one of only a few cancers that can be prevented through screening," said Dr. William Dooley, American Cancer Society Volunteer and Oncologist at OU Cancer Center. "Precancerous polyps, from which colon cancers often develop, can be identified and removed before they become cancerous."

Colon Cancer in the United States

• An estimated 49,960 deaths due to colorectal cancer are expected to occur in 2008, accounting for 9% of cancer deaths this year.

• About 26,000 lives a year could be saved if everyone over 50 got screened for colorectal cancer.

• When women and men are considered separately, colorectal cancer is the third most common cause of cancer death in each sex.

• African Americans have the highest incidence rate and death rate from colorectal cancer of any racial or ethic group in the U.S.

• Colorectal cancer is the second most commonly diagnosed caner in both Hispanic Latino men and women.

• Colorectal cancer is the second leading cause of cancer deaths among African American men and women combined.

• Colorectal cancer is the second leading cause of cancer death among Hispanic Latino men and women combined.

Go Blue For Your Colon