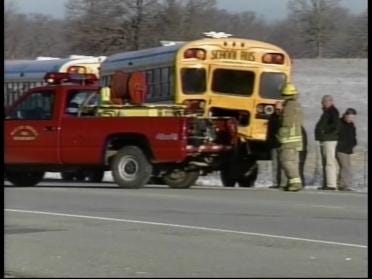 Several students were hurt on Tuesday when a pick-up plowed into a Quapaw School Bus.  Twenty kids were on board at the time of the smash-up.

The pick-up driver had to be cut out of his truck.  He was flown to a Joplin hospital.

None of the students had life-threatening injuries.