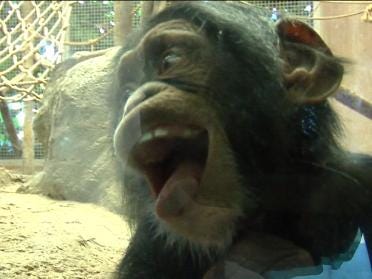 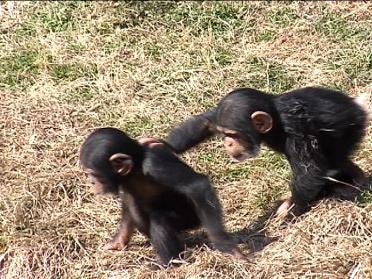 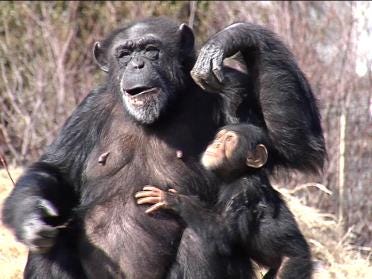 Vindi is the first baby chimp born at the Tulsa Zoo in sixteen years! In Vindi's honor, guests were encouraged all week to bring a new, unwrapped toy to the zoo to receive one free admission.

When you watch the video, you'll see it was worth the purchase. The little girl is just like every other toddler who just can't seem to stay out of trouble!

Maureen O'Leary, the zookeper of the chimpanzees, describes having infants at the zoo.

"Just seeing so many behaviors I've never seen before between the mom and the infant is very intimate," said O'Leary. "They are very caring towards each other.  The interactions with the other troop members and the infants is playful. The baby's like to go for a ride on other individuals back."

"Now we're starting to see more and more interaction between the infants themselves," added O'Leary.  They're beginning to interact with one another. They're just curious about each other and about their environment.  Vindi is very curious about her environment. She's very playful and goofy. You can compare them so much to humans because they're so closely related to us. You see kids just having a good time and being so rambunctious and Vindi is right along those lines. "

"Vindi can be startled very easily," commented O'Leary. "If she is startled  she vocalizes and mom is right there to pick her up."