Construction On Fairgrounds Behind Schedule 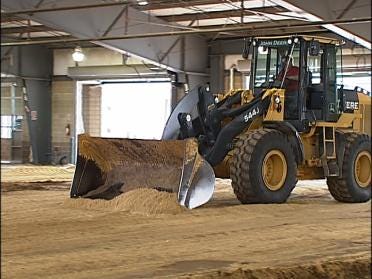 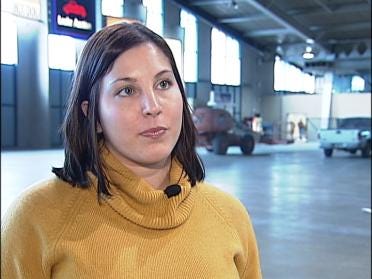 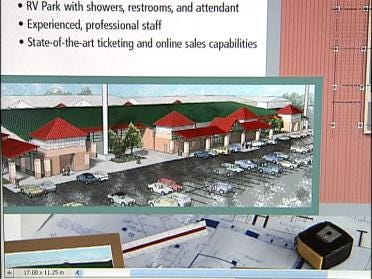 The Tulsa Fairgrounds faced some tough deadlines on Wednesday as it prepared for two major events this year.  There's the State Fair at the end of September, followed by the National Arabian Championship Horse Show.  But some wonder if $100 million in renovations will be finished by then.  Those renovations include a new Exchange Center.

The News On 6's Chris Wright reports not much progress has been made, and the facility is supposed to be finished in less than eight months.

The new building will feature more than 58,000 square feet of exhibit space.  But the contractor, Flintco, has a long way to go before this vision is realized.

During a meeting on Tuesday morning with Expo Square Management, the company said that at the current pace, the building would not be finished until mid-November.

"We've got a great team in place to get the schedule accelerated and complete the task on time," said Blair.

Flintco is expected to step up its construction soon in order to meet the September 25th State Fair deadline.

Officials say work was slowed by the December ice storm.

Besides the bad weather, out-of-town power crews staged at the fairgrounds.

"Weather has played havoc, you can never predict Mother Nature, but we're definitely doing everything we can to get back on schedule to get the task complete," said Blair.

Tulsa wrestled the event away from Albuquerque and Louisville, and it is expected to pump $40 million into the local economy.

Workers already only have five days in October to convert the Fair into a horse show.

It's a task that will become even more daunting if the Exchange Center and other construction on the fairgrounds is not completed.

Officials promise that the Exchange Center will open in time for the Fair.  It will feature the Made in Oklahoma exhibit.

It will also play a big role in the Arabian Horse Show, so Expo Square management says it simply has to be finished.

Construction On Fairgrounds Behind Schedule