WASHINGTON (AP) Bill Clinton was hit with caustic criticism Tuesday from his wife Hillary Clintonâ€™s Democratic rivals, who accused the popular former president of falsely comparing questions about Hillary Clintonâ€™s candor to smears of past campaigns.

In a presidential nomination fight growing more intense by the day, Illinois Senator Barack Obama also criticized the former first lady Hillary Clinton for having voted in the Senate against incentives for ethanol production and higher fuel efficiency standards. And 2004 vice presidential nominee John Edwards challenged her to spell out what she would do about Iraq.

The week after Hillary Rodham Clinton's campaign accused her rivals of ``piling on,'' those foes showed no sign of easing up. They even went so far as to criticize the former president, a strategy that comes with risks in a party filled with voters who admire him for resurrecting the party in the 1990s.

On Monday, in defense of his wife against political critics, Bill Clinton cited the ``swift boat'' television ads of the 2004 presidential campaign that questioned John Kerry's patriotism and the campaign commercials in 2002 that suggested Senator Max Cleland of Georgia was soft on terrorism.

Barack Obama told The Associated Press he was ``stunned'' to hear Bill Clinton make the comparison. Both John Kerry, who commanded a Navy swift boat in Vietnam, and Max Cleland, who lost three limbs in that war, are decorated veterans who were defeated by Republicans.

Barack Obama said Hillary Clinton contradicted herself at the end of a Democratic presidential debate last week when asked whether she supported a plan by the New York governor to issue driver's licenses to illegal immigrants. This week, the Illinois senator and former Senator John Edwards of North Carolina have repeatedly reproached her on that subject.

``How you would then draw an analogy to distorting somebody's military record is a reach,'' Barack Obama said.

Connecticut Senator Chris Dodd, another candidate for the Democratic presidential nomination, called the Clintons' response to the debate ``outrageous.''

``To have the former president come out and suggest this is a form of swift boating ... is way over the top in my view,'' Senator Dodd said in a telephone interview.

A senior adviser to Senator Hillary Clinton's campaign, speaking only on condition of anonymity, said the former president's remarks were not part of campaign strategy and in fact were considered counterproductive by the her advisers. However, Bill Clinton is a powerful advocate in the Democratic primary, and he is returning to the all-important first-voting state of Iowa Thursday to campaign on Hillary Clintonâ€™s behalf. Roughly half of respondents to recent polls say they approve of him, and even more say looking back they approve of how Bill Clinton ran the White House.

The morning after last week's debate, Senator Hillary Clinton's campaign issued a video called ``Pile On'' that featured each of her male rivals calling her name the night before. Then, at Wellesley College, Hillary Clinton joked about presidential politics being an ``all-boys club,'' and campaign surrogates suggested that sexism was behind the criticism.

Only then did Hillary Clinton herself say it wasn't her gender but her lead in the Democratic race that had led to the intensified criticism.

Said Senator Dodd on Tuesday: ``If elected to the presidency, there will be a lot of tough questions, and if you can't handle it in a debate without accusing everybody who has an issue with you of piling on or a sexist attack, somehow, first of all that's unwise and, secondly, it's false.''

Senator Hillary Clinton acknowledged Tuesday that she could have done better in the debate, but denied that her stance on illegal immigrants has been unclear.

``I wasn't at my best the other night,'' Hillary Clinton said on CNN. ``We've had a bunch of debates, and I wouldn't rank that up in my very top list. But I've answered probably, I don't know, more than 5,000 questions over the last 10 months and I have been very clear about where I stand and what I want to do for the country.''

``If they want to use their energy attacking me, that's their choice,'' Hillary Clinton said. ``I'm going to use my energy focusing on a new energy policy and so much else.''

In fact, Hillary Clintonâ€™s energy policy was the focus of criticism from Barack Obama, with his campaign accusing her of voting 13 times against ethanol from 2002-2006, including measures to increase the amount of ethanol to be used as an additive in gasoline and to give liability protection for ethanol manufacturers.

``I think it is important to look at who has been a consistent champion on these issues,'' Barack Obama said. ``I think I can make a legitimate claim that I have been consistent even when the politics is hard.''

Hillary Clinton's campaign said she has backed tax incentives for blending ethanol into gasoline, tax credits for installing ethanol pumps and a mandate that the nation's fuel supply contain 36 billion gallons of ethanol by 2022.

``She has always been a supporter of ethanol except for a time when there was evidence that New York would be hurt economically,'' said Hillary Clinton spokesman Phil Singer. ``Apparently, Senator Obama thinks misleading the voters about his fellow candidates' records is what the politics of hope is all about.''

Hillary Clinton also was the focus of criticism in New Hampshire. Senator John Edwards said she must answer questions about her plans for Iraq, including whether she would continue combat missions.

``If you believe what Senator Clinton believes, then you can support her,'' Senator Edwards said. ``But if you believe that we need to bring this war to an end by getting all combat troops out and ending combat missions in Iraq, that is what I will do as president of the United States.'' 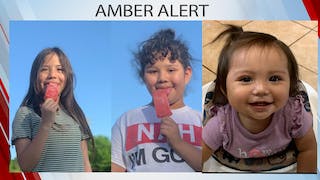 Amber Alert Issued For 3 Missing Children Out Of Pittsburg County 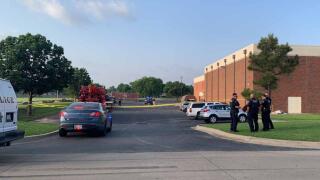 Tulsa Police: Man Killed After Being Run Over In Church Parking Lot

News On 6 Tulsa police are investigating after a driver allegedly ran over two people, killing one on Friday morning near 21st and South Garnett. 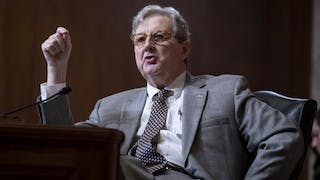 Associated Press New legislation introduced in the Senate would require the Justice Department to establish guidelines for the federal Bureau of Prisons and state correctional systems to notify the families of incarcerated people if their loved one has a serious illness, a life-threatening injury or if they die behind bars. 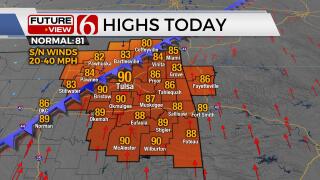 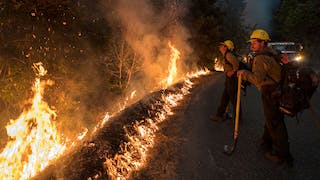 Associated Press A man who started a 2020 wildfire that killed 12 endangered California condors and seriously injured a firefighter was sentenced to 24 years in state prison, prosecutors said.