Acting on intelligence information, the U.S. and Iraqi troops launched the early-morning raid in the capital's Washash area against the suspected terrorist cell, which was believed to be responsible for attacks on police and sectarian killings, the U.S. command said.

As the troops entered the area, they came under fire from more than a dozen militiamen firing from the rooftops.

There was no mention of any civilian or suspected insurgent casualties in the statement, and the military did not respond to requests for clarification. Local police said 14 people died.

Video from AP Television News showed houses with their roofs caved in, and others destroyed.

``Three people were killed in that house,'' said a middle-aged man, standing next to a hole in his roof, as he pointed next door. He waved a piece of shrapnel he had found.

``The Iraqi parties are quarreling over power, and the people are dying,'' he told APTN. ``We are fed up.''

After a period of relative calm, there has been an uptick in violence in recent days as President Bush prepares for a showdown in Congress over the future of the U.S. mission in Iraq.

In eastern Baghdad, a roadside bomb targeting a U.S. patrol exploded in a neighborhood just west of the Shiite slum Sadr City.

The bomb injured four civilians and damaged a civilian car, and U.S. troops sealed off the area, a police officer said, speaking on condition of anonymity because of security reasons.

The U.S. military confirmed the attack, and said that although there were no injuries to U.S. or Iraqi forces, one American military vehicle was damaged.

The area is a stronghold of the Mahdi Army of the anti-American cleric Muqtada al-Sadr, who last week ordered his fighters to halt attacks for up to six months so he could restructure the militia.

U.S. commanders welcomed the declaration, but maintain that renegade elements within the Mahdi Army have disregarded al-Sadr's order and are continuing attacks on U.S. and Iraqi forces, and have kept up operations targeting the militia.

Also in Baghdad, a roadside bomb exploded next to a group of construction workers in the predominantly Shiite area of Zafaraniyah, killing one and injuring five, police said.

Authorities made the grisly discovery of five bodies _ two in Baghdad's southern Dora area and three in the western Amil area _ all blindfolded and shot with their hands bound, police said.

In Tikrit, 80 miles north of Baghdad, a car bomb near a gas station killed two civilians and wounded 14 others, police said. Authorities imposed an indefinite curfew after the bombing.

The violence comes the week before U.S. Ambassador Ryan Crocker and Gen. David Petraeus report to Congress about progress since the United States sent nearly 30,000 more troops to Iraq.

Democrats are considering ways to force a drawdown of troops if Bush decides to keep forces in Iraq through spring as expected. A showdown between congressional Democrats and the White House seems all but assured.

At the scene of the U.S. operation in Washash, a black-cloaked woman wailed against Prime Minister Nouri al-Maliki's government as she picked through rubble next to her house.

``Damned be the government, curse be upon Maliki!'' she screamed.

Residents reported hearing explosions around 3 a.m. that then went on for about 45 minutes to an hour.

A police officer, speaking on condition of anonymity for security reasons, said U.S. helicopters had attacked the area, killing 14 civilians and injuring 10 others.

There was confusion at the scene, however, as some residents said they thought it had been a mortar attack and said 27 people had been killed. Others said U.S. airplanes were involved.

``U.S. helicopters bombed our homes while we were sleeping,'' one woman said. ``My son and my husband were killed and our house was destroyed.''

During one raid in Baqouba, about 35 miles northeast of Baghdad, one suspect who was apprehended is believed to be responsible for bombing and ambush attacks on U.S. forces and Iraqi civilians, Garver said. According to U.S. intelligence reports, the cell member helped place snipers and set up illegal checkpoints used to kidnap civilians and hold them for ransom, he said.

Elsewhere, the Interior Ministry said it had captured a suspect in the bombing of the twin minarets at Iraq's prized Golden Dome shrine in Samarra. Aws Tariq Fareed al-Samaraei had fled Iraq following the attack and was arrested after he returned in a northern region of the country on Wednesday night, Interior Ministry spokesman Abdul Kareem Khalaf said on Iraqiya TV.

The U.S. military said in early August that it had killed the al-Qaida in Iraq leader behind the bombing, Haitham Sabah Shaker Mohammed al-Badri.

The Shiite shrine's minarets were brought down by suspected al-Qaida militants in June. An earlier bombing, in February 2006, destroyed the same mosque's golden dome and set in motion an unrelenting cycle of retaliatory sectarian violence. 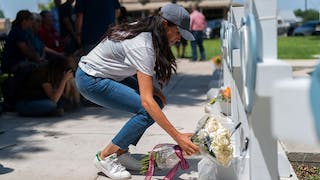 CBS News Meghan Markle, the wife of Britain's Prince Harry, on Thursday made an unannounced visit to the Texas town of Uvalde to pay her respects to the victims of a shooting at an elementary school that left 19 children and two teachers dead. 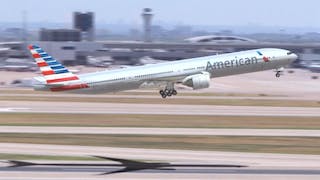 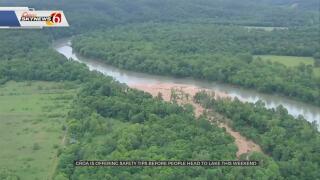 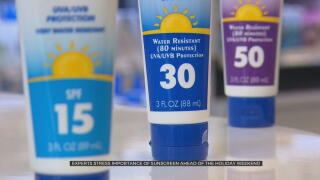 CBS News This Friday before Memorial Day is known as "Don't Fry Day." Skin cancer experts want to raise awareness about sun safety because skin cancer is so common in the U.S. and cases are increasing.

News 9 It's Memorial Day weekend and many Oklahomans will be hitting the roads over the weekend to travel. Experts say record-high gas prices aren't slowing down Oklahomans. 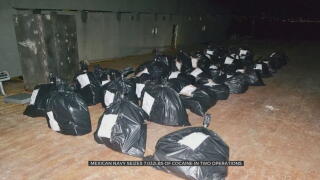 CBS News The Mexican Navy seized over 7,032 lbs. of a substance believed to be cocaine and over 1,160 liters of fuel during two operations on the Pacific coast of Guerrero state and Michoacán state.
View More Stories