WASHINGTON (AP) _ The Justice Department on Friday released the names of the 19 hijackers involved in Tuesday's devastating terrorist attacks and distributed to law enforcement agencies a list of more than 100 persons that authorities want to interview.

Many of the 19 hijackers had lived in Florida. Others were listed as living in New Jersey, California, Massachusetts and Arizona. All had Middle Eastern names.

Officials said that they had sent a list of more than 100 names to 18,000 local police agencies and federal law enforcement offices asking for help in tracking down these individuals for questioning.

``These are the names of individuals the FBI would like to talk to because we believe they may have information that might be helpful to the investigation,'' Attorney General John Ashcroft told reporters at a briefing.

Ashcroft said the FBI was also seeking information about the 19 persons identified as hijackers on the four planes.

Among the 19 was Mohamed Atta, 33, of Hollywood and Coral Springs, Fla., identified by German authorities as being tied to an Islamic fundamentalist group that planned attacks on American targets. The Justice Department said Atta was aboard American Airlines Flight 11 that took off from Boston's Logan Airport and crashed into the north tower of the World Trade Center.

The Justice Department had originally said there were 18 hijackers, but there were five hijackers instead of four on American Airlines Flight 77, which hit the Pentagon.

Besides Atta, the hijackers who were believed to be pilots were:

_Hani Hajour, who was on the flight that crashed into the Pentagon.

_Two other hijackers from one of the Boston flights, Wail Alshehri and Abdulaziz Alomari.

_Marwan Al-Shehhi who was on United Flight 175 out of Boston, which crashed into the south tower of the Trade Center.

_Ziad Jarrahi, who flew on United Flight 93 out of Newark, N.J., which crashed in a field 80 miles from Pittsburgh.

The FBI did not identify the hijackers' native countries. One, Satam Al Suqami, was listed as having his last known address in the United Arab Emirates.

The FBI released no information on one hijacker, Majed Moqed, who flew on the plane that crashed into the Pentagon.

The Justice Department released the names as U.S. intelligence and law enforcement officials were trying to track down collaborators in the terrorist attacks.

In New York, about a dozen travelers of Middle Eastern descent were detained at two New York airports and cleared of any connection with this week's terrorist attacks, federal authorities said Friday. One person remained in custody.

The incident had prompted authorities to close the region's three major airports.

One man who was stopped at Kennedy airport had a fake pilot's license.

Struggling to get back to normal operations, U.S. airlines earlier had received a list from the FBI of 52 people, most of Middle Eastern descent, whom authorities wanted detained if they appeared at airports. Several people across the country were being questioned or held on immigration charges.

``It's pretty clear that there were probably others involved in these endeavors. And it's our interest to track those individuals down,'' Attorney General John Ashcroft said.

Those who made it on the ill-fated planes were ticketed passengers but some apparently used aliases, officials said.

The FBI searched worldwide for possible suspects who had recent flight training, ties to the hijackers or their backers, or attempted to enter the United States recently, according to four officials who spoke only on condition of anonymity.

Agents have been examining manifests of flights that were not hijacked on Tuesday to find matches with people who fit this profile, the officials said.

The concerns are also being driven by fresh intelligence suggesting a continuing threat, the officials added. The information ``suggests we haven't seen the end of this current threat,'' one U.S. official said.

Signs of concern were evident. The Capitol was evacuated for a suspicious package Thursday, and a security ring around the White House was widened.

A number of people questioned in connection with the plot have been arrested for immigration violations and were in the custody of the Immigration and Naturalization Service, the Justice Department said.

In Minnesota, the possibility emerged that the FBI knew before Tuesday's attack of at least one Arab man seeking the type of flight training the hijackers received.

U.S. officials confirmed that a few weeks ago the FBI detained an Arab man in Minnesota when he tried to seek flight simulator training for a large jetliner. Those who hijacked the four airliners received similar training.

Officials said the FBI had no reason to charge him at the time and instead began deportation proceedings. Those proceedings were ongoing when the attacks took place Tuesday. He is being held but is not cooperating with the FBI.

Early Friday, investigators recovered the voice and data recorders from the jet that slammed into the Pentagon. On Thursday, searchers found the flight data recorder from the hijacked plane that went down in Pennsylvania.

The recorders could contain information about the last minutes of the hijacked commercial jetliners.

The FBI has a transcript of communications between the pilots and air traffic controllers for a portion of the flight that crashed in Pennsylvania, but has not yet released it, officials said.

German authorities said three of the terrorists who died in the suicide attacks were part of a group of Islamic extremists in Hamburg who have been planning attacks on the United States. Hamburg investigators said two of the terrorists were Atta, 33, and Marwan Al-Shehhi, 23, whose training at a Florida flight school has been the focus of intense FBI interest this week. The German investigators said the two were from the United Arab Emirates. 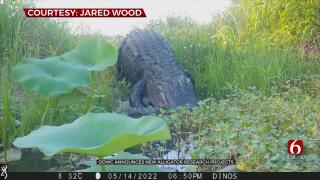 News On 6 The Oklahoma Department of Wildlife Conservation (ODWC) is sharing a pretty cool video of an alligator in far Southeastern Oklahoma. Check out this alligator sliding into the water in the Red Slough Wildlife Management area southeast of Idabel. 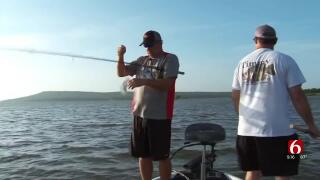 News On 6 Hot summer temperatures are in full swing in Oklahoma, but the fish are still biting! 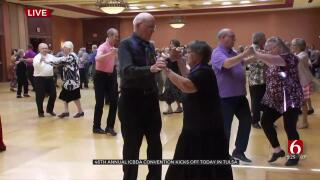 News On 6 An annual ballroom dance convention kicks off in Tulsa on Wednesday.

News On 6 Oklahoma Highway Patrol Troopers have identified two men who drowned in Copan Lake in Washington County on Sunday. 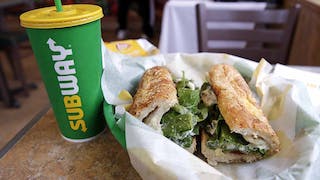 News On 6 The fast-food franchise plans to give away up to 1 million free sandwiches on Tuesday, July 12th. 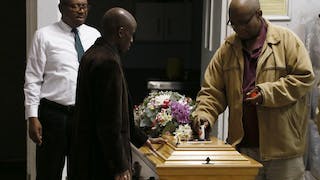 South Africa Holds Funeral For 21 Teens Who Died In Tavern

Associated Press More than a thousand grieving family and community members are attending the funeral in South Africa’s East London for 21 teenagers who died in a mysterious tragedy at a nightclub nearly two weeks ago.
View More Stories