WASHINGTON (AP) â€” Police are trying to determine why a former Internal Revenue Service employee with a history of mental illness fired several shots outside the White House in a midday drama that is raising questions about security at the president's home.

The man, identified by law enforcement sources as Robert W. Pickett, 47, of Evansville, Ind., was shot in the leg Wednesday by a member of the Secret Service uniformed division after waving his gun at police and terrified tourists just outside the wrought-iron fence that borders the scenic South Lawn. He also put the barrel of the weapon in his mouth, U.S. Park Police spokesman Rob MacLean said.

George Washington University Hospital said in a statement Thursday that Pickett's condition was ``good.'' His discharge date ``will be determined by the treating physician and his rate of recovery,'' the statement said.

One police official said Pickett may have been trying to force officers to shoot.

``From my experience, this was a suicide-by-cop attempt,'' Derrick Johnson, a District of Columbia police negotiator who had tried to calm Pickett, told The Washington Post.

Pickett, an accountant, was fired by the IRS in the mid-1980s, and neighbors said he resented the agency. He lived by himself, and acknowledged in court records that he suffered from mental illness and tried to commit suicide after his dismissal.

``I think he meant to hurt himself,'' Joseph Yocum, the Evansville lawyer who represented Picket when he lost his IRS job, said Thursday.

Yocum, appearing on CBS-TV's ``The Early Show,'' said his former client was ``very disturbed. I think that for want of a better way of putting it he was upset more than most people would be, although most people would be upset, over losing his job.''


Just last week, Pickett sent an angry letter to the IRS commissioner, contending the U.S. government had destroyed his life and suggesting he expected to die soon. ``My death is on your hands,'' the letter said. ``I have been a victim of corrupt government.''

President Bush was listed among those copied in on the letter, which was sent to The Cincinnati Enquirer and The Evansville (Ind.) Courier & Press. It was not known whether the president received it.

On Jan. 19, a day before Bush's inauguration, a federal magistrate in Cincinnati gave Pickett 30 days to produce evidence showing why his latest lawsuit against the IRS should not be dismissed. The suit was filed in June 1999.

Authorities said Bush and Vice President Dick Cheney were inside the White House at the time of the shooting just before noon Wednesday, but never were in danger. First lady Laura Bush was in Texas.

While Pickett was being treated at a Washington hospital, authorities weighed whether to charge him with violating the city's ban on handguns, or a more serious federal count of assaulting a federal officer. A five-shot, .38-caliber handgun and shell casings were recovered at the scene, a Secret Service official said. Police in Evansville said the gun was traced to a local gun dealer.

Dr. Yolanda Haywood, associate professor of emergency medicine, said that when Pickett was brought to the hospital he was silent, unusually calm for someone with a bullet wound. He also was to undergo psychiatric evaluation.

A brother, Stephen Pickett of Sleepy Hollow, Ill., expressed regret. ``We are glad no innocent people were hurt. We've been estranged from Robert for several years now. We hope that he gets the help that he needs.''

Two law enforcement sources said police were investigating correspondence from Pickett, including at least one note sent to the IRS, that expressed anger or frustration with Bush and the Republican Party. The officials said they did not consider the notes a threat to Bush, although they acknowledged that others might interpret them that way.

Investigators found Pickett's car in a Virginia suburb of Washington, a Secret Service agent said. The agent, who spoke on condition of anonymity, refused to reveal whether anything was found in the car.

Pickett had no criminal record and was not listed in Secret Service files as a potential threat to the president, authorities said.

Wednesday's shooting was the latest in a string of security scares that have brought tighter protection for U.S. presidents. In 1995, then-President Clinton ordered Pennsylvania Avenue closed to cars and trucks in front of the White House following the bombing of the federal building in Oklahoma City. Earlier that year, a man was shot on the White House lawn after scaling a fence with an unloaded gun.

In deciding to close Pennsylvania Avenue, Clinton had been convinced by the Secret Service that the White House was at risk to a car or truck bomb. A senior Bush aide, speaking on condition of anonymity, said top advisers familiar with the Secret Service's review were inclined even before Wednesday's shooting to recommend that the avenue remain closed.

Bush has not made a decision, the aides stressed.

Bush promised during his presidential campaign to review the tightened security, saying it saddened him that public access had been limited.

Tourists and government workers had been enjoying a sunny, spring-like day when the shooting began near the back gates of the White House. ``It was scary,'' said Don Halpert, a tourist from New York. ``I got down and I got lost.''

Members of the Secret Service's uniformed division, patrolling the area by car, heard the shots and radioed for help. The gunman was quickly surrounded by police.

``It doesn't have to be this way. Put the gun down,'' one witness recalled the police telling the man during the tense, 10-minute standoff.

Pickett was shot in the right knee by a member of the Secret Service's Emergency Response Team when he ``raised the gun again and started aiming it at people,'' a Secret Service source said, speaking on condition of anonymity. 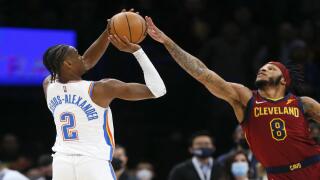 Associated Press Darius Garland had 27 points and a career-high 18 assists and the Cleveland Cavaliers overcame an 18-point deficit to beat the Oklahoma City Thunder 106-102 on Saturday night for their fourth straight victory. 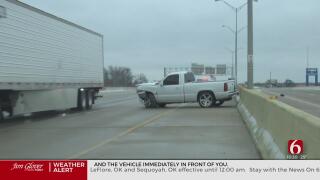 Ashlyn Brothers First responders are extra busy working in this wintry weather. They are asking people to dress warm, drive safe, and take care of pets who can freeze too. 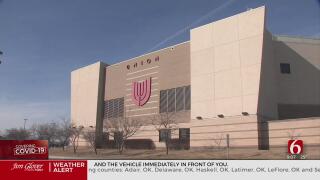 McKenzie Gladney As COVID-19 cases continue to spike across Oklahoma, school districts are feeling the impact. News on 6's McKenzie Gladney shares how one Green Country teacher is adjusting. 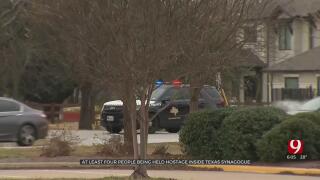 Associated Press Hostages who had been held for hours inside a Texas synagogue were rescued Saturday night, according to Gov. Greg Abbott, nearly 12 hours after the standoff began. 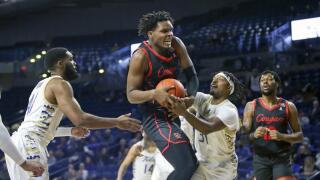 Associated Press Kyler Edwards made seven 3-pointers as part of his 29 points, and No. 11 Houston held off several rallies by Tulsa for a 66-64 win on Saturday night. 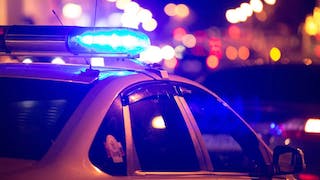 6 Hospitalized After Shooting Outside Oregon Concert

CBS News Six people were hospitalized with one in critical condition after multiple shots were fired Friday night outside a concert in Oregon, police said. The incident is currently under investigation, and no suspects have been apprehended. Eugene Police Department Chief Chris Skinner said the scene is "dynamic" and "one that's going to take us a while to process," in a briefing early Saturday morning.
View More Stories