DENVER (AP) _ A mile above sea level, just a little to the left of America's midsection, the NBA All-Star game has arrived lacking a clear-cut theme.

It will be LeBron James' first appearance and Shaquille O'Neal's 12th in the league's showcase event, and in between those two on the frequency meter are 22 other well-deserving players of various shapes and sizes _ though there's nary a Nugget to represent the host team, and no compelling story line to reel in the casual fan.

``Whoa, I have no idea. Better ask someone else,'' Ben Wallace of the Detroit Pistons said when asked to come up with a motif for this year's game.

``I can't come up with something. I don't know,'' offered Tracy McGrady of the Rockets.

``Kobe against Shaq,'' opined Yao Ming, who might have forgotten that the feuding superstars already had their first official on-court clash back on Christmas Day.

``How about Yao vs. Shaq?'' Yao was asked in return. After all, those two were teamed on the Western Conference squad the past two years before O'Neal was traded last summer to Miami. This time, O'Neal will be starting for the East and jumping center against Yao when the opening tip goes up shortly before 9 p.m. EST.

``I won't be using all six of my fouls against him,'' Yao predicted.

This will be the league's 54th All-Star game and the first time in 21 years it's being held in Denver. It comes during a somewhat troubled year, the defining moment of the current season coming on the third Friday of November when Ron Artest and Stephen Jackson of the Pacers charged into the stands and pummeled Pistons fans as a wild brawl broke out in the final minute of an Indiana-Detroit game.

Two of the principle figures from that troubling night, Indiana's Jermaine O'Neal and Detroit's Wallace, will be teammates on an East squad that will try to break the conference's three-game All-Star losing streak.

Both Jermaine O'Neal and Wallace already have served suspensions stemming from the melee, but both can certainly count on the topic being brought up ad nauseam over the course of the three-day All-Star weekend.

The NBA is doing what it can to try to steer the focus away from the negative, and there's no shortage of feel-good events _ including the Read-to-Achieve Caravan, a Jr.NBA/WNBA Basketball and Books clinic, several hospital visits and the hugely popular Jam Session _ taking place throughout the week.

The city will be overrun with fans, sponsors, media, players and hangers-on, and the All-Star party scene typically goes strong into the wee hours. With the rookie game being held on Friday night for the second straight year, and the 3-point shootout and dunk contest taking place Saturday night, the event has morphed into a 72-hour conglomeration of activity.

The big event is the All-Star game itself, and it's wide open in terms of being there for the taking for someone who wants to stamp it with his own signature. Shaquille O'Neal did so last year in Los Angeles with just the right mix of playfulness _ grooming himself in the lens of a camera during a stoppage in play, running a fast break all by himself, dribbling upcourt and heading for the lane while daring anyone to step in his way and risk the wrath of a collision with his 360-pound frame.

``Guys get to do stuff they're not supposed to do, and it's a show,'' Shaquille O'Neal said. ``Last year I won the MVP on silliness alone.''

Last year's game had a clear theme, with then-teammates Kobe Bryant and Shaquille O'Neal playing in front of their home crowd in Los Angeles amid speculation over which of them might leave and which might stay.

Two years ago, the game in Atlanta was all about saying goodbye to Michael Jordan.

In Philadelphia the year before, the crowd provided the story by mercilessly booing Bryant in his hometown. At the 2000 game in Oakland, the buildup was justifiably tilted toward Vince Carter's dunking prowess.

Not since the All-Stars went to Washington in 2001 has there been what could be considered a barometer game for the league. That was the year before Jordan made his comeback and the year before Yao arrived. The rosters in the nation's capital included the likes of Latrell Sprewell, Anthony Mason, Rasheed Wallace and Glenn Robinson _ four players whose resumes, at least in the eyes of the public, have been more about their missteps than their accomplishments.

Almost all the newcomers represent teams that are playing a faster, higher-scoring brand of basketball than what's been seen around the league for the better part of a decade. Scoring has risen this season by an average of more than three points per game, and the race for the championship is generally considered to be the most wide open since 1999.

But the black eyes the NBA has endured over the past two years _ from the rape allegation against Bryant to the third-place finish by the U.S. Olympic team in Athens to the breakup of Shaq and Kobe and the brawl in Auburn Hills _ have provided casual fans with an excuse to turn away from a sport whose fans now skew toward the younger generation rather than those who came of age when Magic Johnson, Larry Bird and Jordan were bringing the NBA to the height of its popularity.

But will it be interesting? And will a theme emerge?

Larry Brown figures those factors will take care of themselves _ just as they did 29 years ago when the ABA had its final All-Star game in this city, an event in which Brown's Denver Nuggets played against a team of ABA All-Stars. Included among them was Julius Erving, who gave that game _ and some would say that entire decade _ its signature professional basketball moment by defeating hometown favorite David Thompson in a slam dunk contest held at halftime.

``That was a pretty amazing weekend,'' Brown said. ``It was one of the most enjoyable experiences I've ever had.''

Any chance that this one will be remembered similarly won't be known until the All-Stars go their separate ways on Monday. In the meantime, there are 24 All-Stars with equal opportunities to make this year's game their own. 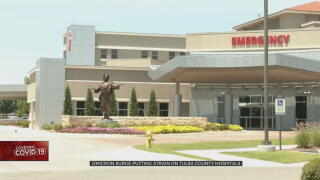 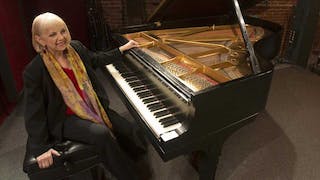 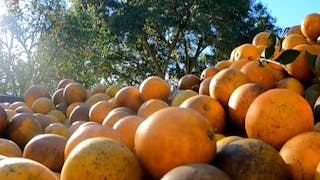 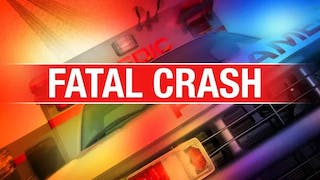 Ashlyn Brothers It's time to say goodbye to the historic Gilcrease Museum. Demolition starts January 26. The multi-million-dollar project is expected to be complete by the end of 2024.
View More Stories