Along with ``Sideways,'' best musical or comedy nominees were the whimsical romance ``Eternal Sunshine of the Spotless Mind''; the animated superhero adventure ``The Incredibles''; ``The Phantom of the Opera,'' adapted from the Andrew Lloyd Webber musical, and the Ray Charles film biography ``Ray.''

``Ray'' star Foxx was nominated for best musical or comedy actor for that film, for supporting actor for ``Collateral'' as a taxi driver whose cab is hijacked by a hit man, and as best actor in a TV movie or miniseries for ``Redemption.''

``The Aviator'' star Leonardo DiCaprio earned a nomination as best dramatic actor for his role as Hughes. Other nominees were Javier Bardem as a paralyzed man seeking the right to die in ``The Sea Inside''; Don Cheadle as a hotel manager sheltering refugees in ``Hotel Rwanda''; Johnny Depp as playwright Barrie in ``Finding Neverland'' and Liam Neeson as the title character in ``Kinsey.''

Dramatic lead actress nominees were Scarlett Johansson in ``A Love Song for Bobby Long,'' playing a teen who finds an unlikely extended family; Nicole Kidman as a woman visited by a boy claiming to be her dead husband in ``Birth''; Imelda Staunton as the title character in the abortion drama ``Vera Drake''; Hilary Swank as a boxer in ``Million Dollar Baby'' and Uma Thurman as a vengeful former assassin in ``Kill Bill _ Vol. 2.''

Along with Foxx, ``Sideways'' star Paul Giamatti was nominated for best actor in a musical or comedy for his role as a loser in love on a road trip with a buddy. Other nominees were Jim Carrey as a man who pays to have memories of his ex-girlfriend erased in ``Eternal Sunshine of the Spotless Mind''; Kevin Kline as composer Cole Porter in ``De-Lovely'' and Kevin Spacey as singer Bobby Darin in ``Beyond the Sea.''

Musical or comedy actress nominees were Annette Bening as a London stage diva in ``Being Julia''; Ashley Judd as composer Porter's wife in ``De-Lovely''; Emmy Rossum as a musical stage ingenue in ``The Phantom of the Opera''; Kate Winslet as Carrey's ex-girlfriend in ``Eternal Sunshine of the Spotless Mind'' and Renee Zellweger as the title character in the romantic sequel ``Bridget Jones: The Edge of Reason.''

Contenders for best film director: Alexander Payne for ``Sideways'' and Martin Scorsese for ``The Aviator.'' Other nominees were Clint Eastwood for ``Million Dollar Baby,'' Marc Forster for ``Finding Neverland'' and Mike Nichols for ``Closer.''

Eastwood also was nominated for his musical score on ``Million Dollar Baby,'' while his star in that film, Swank, received a second nomination for best actress in a TV miniseries or movie for ``Iron Jawed Angels.''

Also nominated for supporting actor were Morgan Freeman as an ex-boxer in ``Million Dollar Baby,'' David Carradine as ringleader of a hit man squad in ``Kill Bill _ Vol. 2,'' Thomas Haden Church as a bridegroom on a pre-wedding spree in ``Sideways,'' and Clive Owen as a brutish lover in ``Closer.''

Supporting actress nominees were Cate Blanchett as Katharine Hepburn in ``The Aviator,'' Meryl Streep as a scheming politician in ``The Manchurian Candidate,'' Laura Linney as the wife of the title character in ``Kinsey,'' Virginia Madsen as a deceived lover in ``Sideways,'' and Natalie Portman as a stripper in ``Closer.''

Foreign language film nominees: France's ``The Chorus'' and ``A Very Long Engagement,'' China's ``House of Flying Daggers,'' Brazil's ``The Motorcycle Diaries'' and Spain's ``The Sea Inside.''

Golden Globes are handed out by the Hollywood Foreign Press Association, a comparatively small group of about 90 reporters for overseas news outlets. Yet with a nationally televised awards ceremony on NBC and a solid knack for picking eventual Academy Awards winners, the Globes wield a fair amount of sway among the 5,800 Oscar voters.

The Globes last January correctly predicted eventual Oscar winners in all key categories, including best-picture champ ``The Lord of the Rings: The Return of the King'' and actors Sean Penn, Charlize Theron, Tim Robbins and Renee Zellweger.

This year, as with the 2003 season _ when the Oscars were moved up a month to late February _ the Globes will have a bit less influence because of a tighter awards time frame.

Globe winners used to be announced a few days before Oscar nomination ballots were due. That gave last-minute voters in the Academy of Motion Picture Arts and Sciences a chance to make their choices based on the Globe outcomes.

This time, Oscar nominations are due a day before the Jan. 16 presentation of the Globes. The Academy Awards show is Feb. 27.

The Globes feature 13 categories for film and 11 for television. Unlike other major movie awards, the Globes have separate divisions for dramas and comedies or musicals in the best-picture and lead-acting categories.

Kristen Weaver Friends and family of a man killed by a hit and run driver held a balloon release on January 28 near the crash site. Tulsa Police said a driver hit and killed Ryan Carranza as he was walking down Yale near Admiral over the weekend. 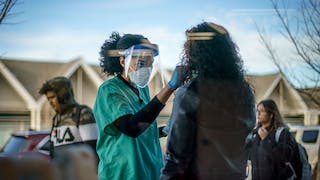 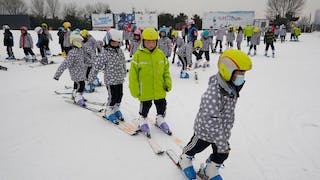 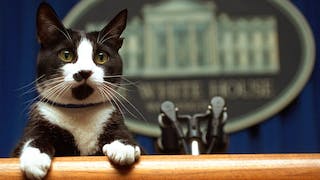