Working a little longer than usual Sunday, the 49ers got their first victory of the season, 31-28 over Arizona. The Rams kept the NFC West close by rallying to win at Seattle 33-27, breaking the Seahawks' 10-game home winning streak. The Vikings wasted a 21-0 cushion at Houston before surviving 34-28.

The 49ers (1-4) overcame a 16-point deficit with 5 minutes remaining, then got Todd Petersen's 32-yard field goal to beat the visiting Cardinals (1-4). Tim Rattay threw two touchdown passes and got two 2-point conversions in the final 4:35 and was 38-of-57 for a career-high 417 yards, 169 after the third quarter.

``We're never out of it,'' Rattay said after running a no-huddle offense to perfection. ``Let's say we're down 18 points. You've just got to score two (touchdowns) and get an onside kick. ... It was a little tougher than you'd like, but we pulled it out.''

Brandon Lloyd made a diving 23-yard TD catch with 1:07 left in regulation, then wrestled the ball away from two defenders for the tying conversion.

Josh McCown threw his first three touchdown passes of the season _ one to Larry Fitzgerald for the rookie's first NFL score _ but the Cardinals' once-sturdy defense was shredded on the 49ers' final three drives.

``When you have been around the game a long time, you get some tough losses, and this ranks up there with 'em,'' Cardinals coach Dennis Green said. ``Any time that you go on the road, you have to continue playing. They made a lot of plays in the fourth quarter and in OT. They just didn't miss any plays.''

``This team never quits,'' Bulger said. ``We have guys who have been in that situation before, and they know not to quit. They play to the end.''

Bulger completed 24 of 42 passes for 325 yards with three TDs. The remarkable part is how he rallied the Rams _ not by looking for stars Torry Holt and Isaac Bruce, but by firing passes to lesser-known receivers McDonald, Kevin Curtis and Dane Looker.

The Vikings (3-1) also scored the winning points by using a non-star receiver. Instead of Randy Moss, who already had a 50-yard TD catch, Daunte Culpepper's fifth TD throw of the day went to Marcus Robinson, also a 50-yarder. That saved Minnesota after it messed up two big leads.

Before that, Andre Johnson made two superb TD catches, including a 22-yarder with 1:53 remaining to force OT. David Carr nearly matched Culpepper's 36-for-50 for 396 yards with a career-high 372 yards and three TDs, two to Johnson, who had 12 catches for 170 yards.

Elsewhere Sunday, New England set the NFL mark for consecutive victories, including playoffs, at 19 by beating Miami 24-10. The Patriots (4-0) broke a tie with five other teams that had won 18 straight.

Idle this week were Cincinnati, Kansas City, Philadelphia and Chicago.

At Foxboro, Mass., the Patriots got two touchdown passes by Tom Brady and two more turnovers by the offensively inept Dolphins (0-5 for the first time since 1966, their expansion season).

``I did tell the team that I thought they should be proud of what they accomplished and that no other team in pro football has done that,'' coach Bill Belichick said.

The Dolphins lost kicker Olindo Mare with an injured right calf before the game. QB Jay Fiedler suffered a rib injury on a 12-yard sack in the fourth period and two plays later, his replacement, A.J. Feeley, sustained a concussion when hit by Rosevelt Colvin as a fourth-down pass fell incomplete.

Doug Brien kicked a 38-yard field goal with 58 seconds remaining for the host Jets, 4-0 for the second time in franchise history. The other time was 2000, and they missed the playoffs.

Chad Pennington went 31-of-42 for 304 yards with a touchdown and an interception, and he rallied the Jets from a 14-13 deficit. Pennington went 7-of-8 for 51 yards, taking the Jets 60 yards in five minutes to set up the winning score.

Buffalo (0-4) had one final shot from its 48 with 2 seconds left, but Drew Bledsoe was intercepted by Terrell Buckley near the goal line.

At Atlanta, the Lions harassed Michael Vick into three turnovers, preventing the Falcons from going 5-0 for the first time in franchise history. Detroit has won both its road games this season after setting an NFL record by losing 24 straight away from home over the previous three years.

Joey Harrington threw a 39-yard touchdown pass to Az-Zahir Hakim on fourth down, and Artose Pinner scored on a 1-yard dive to put the Lions (3-1) ahead for good.

At New Orleans, Brian Griese, previously buried on the bench for the Bucs (1-4), came on when first-time starter Chris Simms, son of 1987 Super Bowl MVP Phil Simms, sprained his left shoulder. Griese, son of Bob Griese, who played in three Super Bowls, went 16-of-19 for 194 yards and the decisive touchdown pass to Ken Dilger.

It was the second straight week New Orleans (2-3) had lost to a previously winless team. The Cardinals beat the Saints 34-10 last week.

At Indianapolis, Peyton Manning completed 16 of 26 passes for 198 yards and three touchdowns in the first quarter, while Edgerrin James ran for 136 yards and a score to lead the Colts to their fourth straight win after an opening defeat to the Patriots.

Oakland (2-3) fell to its 12th consecutive road loss. For the second time in four weeks, Jerry Rice failed to catch a pass. He holds the NFL record for consecutive games with a reception, 274, a streak that ended earlier this season.

Tiki Barber ran for 122 yards and a touchdown, and Steve Christie kicked four field goals to give the visiting Giants (4-1) their fourth win in a row. They were 4-12 last year.

At Denver, backup Reuben Droughns ran for 193 yards, and Jake Plummer threw a 39-yard pass to Ashley Lelie for the winning points for the Broncos (4-1).

Plummer threw two touchdowns _ one with each arm. His second left-handed TD of the season went to Droughns, a fullback-turned-tailback who started in place of the injured Quentin Griffin. He had a career total of 127 yards rushing entering the game.

The Panthers lost backup DeShaun Foster in the second quarter with a broken collarbone.

At Baltimore, the Ravens struck in the third quarter thanks to Ed Reed. He scored a touchdown on a safety blitz, stopped Clinton Portis on a third-and-1 and sprung B.J. Sams for a 78-yard punt return, all in a 2 1/2-minute span.

The Ravens (3-2) held the Redskins (1-4) to 107 yards, sending Hall of Fame coach Joe Gibbs to his fourth straight defeat, his longest losing streak since starting 0-5 as a rookie head coach in 1981. Deion Sanders got his first interception since coming out of retirement for Baltimore.

At San Diego, wearing their powder-blue throwback jerseys and white helmets from the 1960s, the Chargers (3-2) got two TD passes from Drew Brees to Antonio Gates, a tight end who played basketball, not football, in college. LaDainian Tomlinson's biggest gains came as a receiver, although he did have a 1-yard TD run. He gained 56 yards on 19 carries, and caught four passes for 78 yards.

The Chargers' defense had three takeaways that set up 10 points against the Jaguars (3-2).

At Pittsburgh, rookie QB Ben Roethlisberger moved to 3-0 as a starter and confused Cleveland (2-3) with his running and creativity. Duce Staley complemented Roethlisberger by running for 117 yards, his third consecutive 100-yard game, and scoring on a 25-yard run following rookie Richard Colclough's 59-yard return of the opening kickoff. 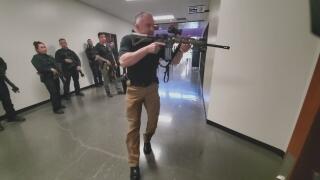 News On 6 Tulsa police are practicing their "active shooter" response, it’s training that starts with cadets from the academy. The current cadet class from TPD left their classroom on Friday for the hallways and classrooms of a high school to practice stopping a school shooting. 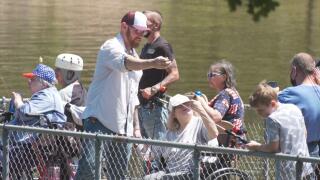 Amy Slanchik Some nursing home residents from Pryor got an early start to the holiday weekend on Friday with a trip to Claremore Lake to go fishing. 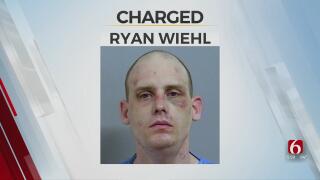 Reagan Ledbetter A Tulsa attorney is charged with assaulting multiple police officers and threatening to kill them at a bar near 81st and Harvard. 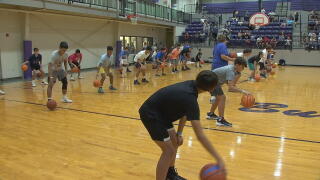 News On 6 Some kids are learning basketball skills from an NBA player. Oklahoma City Thunder player Lindy Waters hosted the camp in Hominy on Friday. 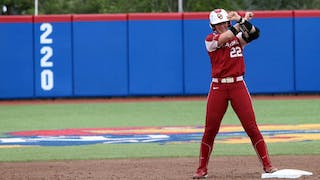 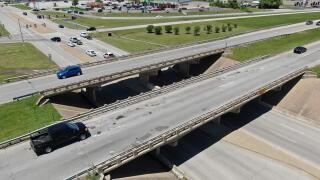 News On 6 Drivers on Highway 169 can expect big delays in the coming months during a bridge reconstruction project in Owasso.
View More Stories