But this is no chintzy Halloween costume. It's a prototype, years in the making, of a toy that incorporates brain wave-reading technology.

Behind the mask is a sensor that touches the user's forehead and reads the brain's electrical signals, then sends them to a wireless receiver inside the saber, which lights up when the user is concentrating. The player maintains focus by channeling thoughts on any fixed mental image, or thinking specifically about keeping the light sword on. When the mind wanders, the wand goes dark.

Technology from NeuroSky and other startups could make video games more mentally stimulating and realistic. It could even enable players to control video game characters or avatars in virtual worlds with nothing but their thoughts.

Adding biofeedback to ``Tiger Woods PGA Tour,'' for instance, could mean that only those players who muster Zen-like concentration could nail a put. In the popular action game ``Grand Theft Auto,'' players who become nervous or frightened would have worse aim than those who remain relaxed and focused.

NeuroSky's prototype measures a person's baseline brain-wave activity, including signals that relate to concentration, relaxation and anxiety. The technology ranks performance in each category on a scale of 1 to 100, and the numbers change as a person thinks about relaxing images, focuses intently, or gets kicked, interrupted or otherwise distracted.

The technology is similar to more sensitive, expensive equipment that athletes use to achieve peak performance. Koo Hyoung Lee, a NeuroSky co-founder from South Korea, used biofeedback to improve concentration and relaxation techniques for members of his country's Olympic archery team.

Boosters say toys with even the most basic brain wave-reading technology _ scheduled to debut later this year _ could boost mental focus and help kids with attention deficit hyperactivity disorder, autism and mood disorders.

But scientific research is scant. Even if the devices work as promised, some question whether people who use biofeedback devices will be able to replicate their relaxed or focused states in real life, when they're not attached to equipment in front of their television or computer.

Elkhonon Goldberg, clinical professor of neurology at New York University, said the toys might catch on in a society obsessed with optimizing performance _ but he was skeptical they'd reduce the severity of major behavioral disorders.

``These techniques are used usually in clinical contexts. The gaming companies are trying to push the envelope,'' said Goldberg, author of ``The Wisdom Paradox: How Your Mind Can Grow Stronger As Your Brain Grows Older.'' ``You can use computers to improve the cognitive abilities, but it's an art.''

``It's hard to tell whether playing games with biofeedback is more fun _ the company executives say that, but I don't know if I believe them,'' said Ben Sawyer, director of the Games for Health Project, a division of the Serious Games Initiative. The think tank focuses in part on how to make computer games more educational, not merely pastimes for kids with dexterous thumbs.

The basis of many brain wave-reading games is electroencephalography, or EEG, the measurement of the brain's electrical activity through electrodes placed on the scalp. EEG has been a mainstay of psychiatry for decades.

An EEG headset in a research hospital may have 100 or more electrodes that attach to the scalp with a conductive gel. It could cost tens of thousands of dollars.

But the price and size of EEG hardware is shrinking. NeuroSky's ``dry-active'' sensors don't require gel, are the size of a thumbnail, and could be put into a headset that retails for as little as $20, said NeuroSky CEO Stanley Yang.

Yang is secretive about his company's product lineup because of a nondisclosure agreement with the manufacturer. But he said an international toy manufacturer plans to unveil an inexpensive gizmo with an embedded NeuroSky biosensor at the Japan Toy Association's trade show in late June. A U.S. version is scheduled to debut at the American International Fall Toy Show in October.

``Whatever we sell, it will work on 100 percent or almost 100 percent of people out there, no matter what the condition, temperature, indoor or outdoors,'' Yang said. ``We aim for wearable technology that everyone can put on and go without failure, as easy as the iPod.''

Researchers at NeuroSky and other startups are also building prototypes of toys that use electromyography (EMG), which records twitches and other muscular movements, and electrooculography (EOG), which measures changes in the retina.

While NeuroSky's headset has one electrode, Emotiv Systems Inc. has developed a gel-free headset with 18 sensors. Besides monitoring basic changes in mood and focus, Emotiv's bulkier headset detects brain waves indicating smiles, blinks, laughter, even conscious thoughts and unconscious emotions. Players could kick or punch their video game opponent _ without a joystick or mouse.

``It fulfills the fantasy of telekinesis,'' said Tan Le, co-founder and president of San Francisco-based Emotiv.

The 30-person company hopes to begin selling a consumer headset next year, but executives would not speculate on price. A prototype hooks up to gaming consoles such as the Nintendo Wii, Sony PlayStation 3 and Microsoft Xbox 360.

Le, a 29-year-old Australian woman, said the company decided in 2004 to target gamers because they would generate the most revenue _ but eventually Emotive will build equipment for clinical use. The technology could enable paralyzed people to ``move'' in virtual realty; people with obsessive-compulsive disorders could measure their anxiety levels, then adjust medication accordingly.

The husband-and-wife team behind CyberLearning Technology LLC took the opposite approach. The San Marcos-based startup targets doctors, therapists and parents of adolescents with autism, impulse control problems and other pervasive developmental disorders.

CyberLearning is already selling the SmartBrain Technologies system for the original PlayStation, PS2 and original Xbox, and it will soon work with the PlayStation 3 and Xbox 360. The EEG- and EMG-based biofeedback system costs about $600, not including the game console or video games.

Kids who play the race car video game ``Gran Turismo'' with the SmartBrain system can only reach maximum speed when they're focused. If attention wanes or players become impulsive or anxious, cars slow to a chug.

CyberLearning has sold more than 1,500 systems since early 2005. The company hopes to reach adolescents already being treated for behavior disorders. But co-founder Lindsay Greco said the budding niche is unpredictable.

``Our biggest struggle is to find the target market,'' said Greco, who has run treatment programs for children with attention difficulties since the 1980s. ``We're finding that parents are using this to improve their own recall and focus. We have executives who use it to improve their memory, even their golf.'' 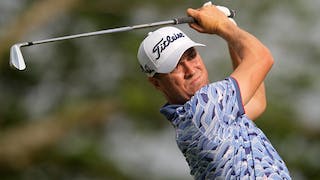 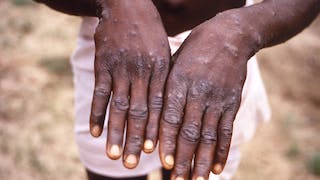 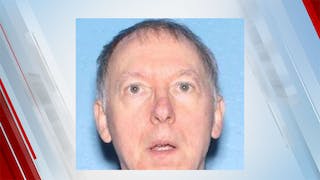 CBS News Leave your plastic at home — all you need to make purchases in a new pilot program from Mastercard is your face. 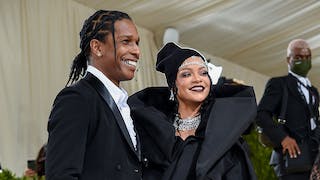 Entertainment Tonight Rihanna is officially a mom. The singer has given birth to her first child, a baby boy, with A$AP Rocky. 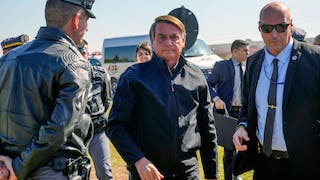