MOSCOW (AP) _ Mstislav Rostropovich, the ebullient master cellist who fought for the rights of Soviet-era dissidents and later triumphantly played Bach suites below the crumbling Berlin Wall, has died. He was 80.

Rostropovich died Friday in a Moscow cancer hospital, the Itar-Tass news agency reported. Rostropovich's spokeswoman, Natalia Dollezhal, confirmed to The Associated Press that he had died but she did not provide other details.

Rostropovich, who resided in Paris after self-imposed exile, suffered from intestinal cancer.

``The passing of Mstislav Rostropovich is a bitter blow to our culture,'' said author Alexander Solzhenitsyn, who was sheltered by Rostropovich during his bitter fight against Soviet authorities in the 1970s.

The musician's death follows that of another towering Russian _ former President Boris N. Yeltsin, who led the country from Communism to democracy.

Rostropovich was hospitalized in Paris in early February, and after he took a turn for the worse, his family arranged for him to be flown back to Russia, longtime manager Ronald Wilford said.

He was treated at a Moscow hospital, and was visited Feb. 6 by Russian President Vladimir Putin.

Seven weeks later, he was well enough to attend a celebration at the Kremlin on his 80th birthday, but he appeared frail.

``I feel myself the happiest man in the world,'' Rostropovich said after slowly rising from his chair during the March 27 celebration. ``I will be even more happy if this evening will be pleasant for you.''

Putin then presented him with a medal _ the Order of Service to the Fatherland.

A bear of a man who hugged anyone in sight, ``Slava'' Rostropovich was considered by many to be the successor to Pablo Casals as the world's greatest cellist. He was an effusive rather than an intimidating maestro, a teacher who nurtured Jacqueline du Pre among other great cellists.

``He was the most inspiring musician that I have ever known,'' said David Finckel, the Emerson String Quartet's cellist who studied with Rostropovich for nine years. ``He had a way to channel his energy through other people, and it was magical.''

Rostropovich's opposition to the Communist leaders of his homeland started with the denunciations of his teachers, Dmitri Shostakovich and Sergei Prokofiev during the Stalin era.

In the early 1970s under Leonid Brezhnev's regime, Rostropovich and his wife, Bolshoi Opera soprano Galina Vishnevskaya, allowed Solzhenitsyn to live in their dacha when Soviet authorities were pressuring the author for his dissident writing.

After Solzhenitsyn won the Nobel Prize for Literature in 1970, Rostropovich wrote an open letter to the Soviet media protesting the official vilification of the author.

``Explain to me please, why in our literature and art (that) so often, people absolutely incompetent in this field have the final word?'' Rostropovich asserted in the letter that went unpublished.

``I know that after my letter there will be undoubtedly an 'opinion' about me, but I am not afraid of it. I openly say what I think. Talent, of which we are proud, must not be submitted to the assaults of the past.''

The couple's fight for cultural freedom resulted in the cancellation of concerts, foreign tours and recording projects. Finally, in 1974, they fled to Paris with their two daughters. Four years later, their Soviet citizenship was revoked.

In the West, ``he was like a little boy, laughing, shouting, pinching himself to make sure these really were the streets in Paris,'' the late violinist Yehudi Menuhin recalled in the 1996 book ``Unfinished Journey: Twenty Years Later.''

``When Leonid Brezhnev stripped us of our citizenship in 1978, we were obliterated,'' Rostropovich recalled in a 1997 interview in Strad magazine. ``Russia was in my heart _ in my mind. I suffered because I knew that until the day I died, I would never see Russia or my friends again.''

He was unable to attend Shostakovich's funeral in 1975.

But in 1989, as the Berlin Wall was being torn down, Rostropovich showed up with his cello and played Bach cello suites amid the rubble. The next year, his Soviet citizenship was restored, and he made a triumphant return to Russia to perform with Washington's National Symphony Orchestra, where he was music director from 1977 to 1994.

When hardline communists tried to overthrow then-President Mikhail Gorbachev in 1991, Rostropovich rushed back to Moscow without a visa and spent days in the Russian parliament building to join those protesting the coup attempt.

In his early 70s, he still had the energy of a middle-age man. He recorded the six Bach solo suites for the first time when he was 70. Five years later, he performed 16 concerts in 11 cities in 28 days, logging nearly 10,000 miles.

Asked by The Associated Press during the 2002 tour about his sleep, he replied in his accented English: ``Normally ... four hours for me (is) absolutely enough.''

Finckel recalled that after the release of the Bach recordings, Rostropovich celebrated with a feast at a hotel until 2 a.m., then reserved a meeting room for 4 a.m. to practice his cello.

Ever the bon vivant with a big smile and twinkling blue eyes, he was known for his love of women and drink.

``He is a passionate man and he has a real lust for life, and his marriage is stronger because of it,'' his daughter Olga said when asked by the Internet Cello Society in 2003 about his love for the five Fs _ ``fiddles, food, females, friends and fodka.''

``What they have together is very precious and nothing can destroy it,'' she said.

Mstislav Leopoldovich Rostropovich was born March 27, 1927, in Baku, in Soviet Azerbaijan. His mother was a pianist. His grandfather and father, Leopold, were cellists. One memorable photo shows him as an infant cradled in his father's cello case. He started playing the piano at age 4 and took up the cello at about 7, later studying at the Moscow Conservatory.

``When I started learning the cello, I fell in love with the instrument because it seemed like a voice _ my voice,'' Rostropovich told Strad magazine.

He made his public debut as a cellist in 1942 at age 15, and gained wide notice in the West nine years later, when the Soviets sent him to perform at a festival in Florence, Italy. Life magazine reported the 24-year-old ``stirred the audience to warm applause.'' The New York Times critic said, ``His tone was big, clean and accurate. ... His musical style seemed to be ardent and intense.''

He developed close musical relationships with contemporary composers, from Shostakovich to Prokofiev and Benjamin Britten.

During the 2002 AP interview, he spoke about Shostakovich, who endured part of the Nazis' siege of Leningrad and battled for individual expression under Stalin.

Suffering is essential for art, Rostropovich said. ``You know creators, composers, need a palette for life, a color for life. If he (is) only happy with his life, I think that he (does not fully) understand what is happiness.''

Rostropovich's work for humanity didn't stop with the fall of the Soviet Union. In 1991, he and his wife established the Vishnevskaya-Rostropovich Foundation to help to improve health care for children in former Soviet lands.

Rostropovich received numerous awards, including the U.S. Presidential Medal of Freedom in 1987 and a knighthood conferred on him that year by Queen Elizabeth II on his 60th birthday.

On the cellist's 80th birthday, the government newspaper Rossiiskaya Gazeta published a letter the reclusive Solzhenitzyn wrote in 1973 after the author and his wife moved out of the Rostropovichs' house.

``Once more I repeat to you and Galiya my delight at your steadfastness, with which you endured all the oppression connected with me and did not allow me to feel,'' Solzhenitzyn wrote. ``Once again I am grateful for the years of shelter with you, where I survived a time that was very stormy for me, but thanks to the exceptional circumstances I all the same wrote without interruption.''

State-run Rossiya television reported that Rostropovich would be buried at Moscow's Novodevichy Cemetery, where Yeltsin was laid to rest Wednesday. Prokofiev and Shostakovich are also buried there.

In addition to his wife, whom he married in 1955, survivors include their daughters Olga and Elena. 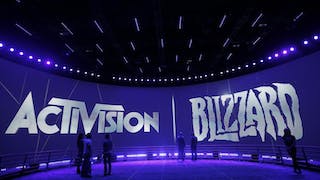 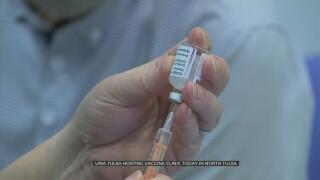 Cal Day A Tulsa nonprofit is hosting a vaccination clinic for families who want protection from COVID-19. It comes as health experts urge Oklahomans to get vaccinated to help slow the spread of the virus. 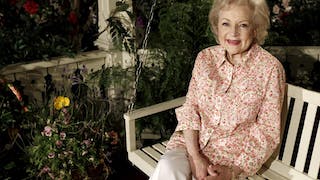 CBS News Legendary actor Betty White, who died on New Year's Eve, would have turned 100 years old on Monday. To celebrate White's birthday, her assistant shared one of the last photos ever taken of the Hollywood icon. 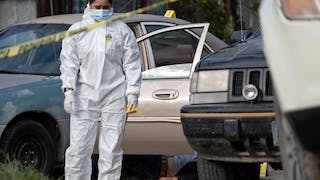 News Photographer Shot Dead While "Coming Out Of His House" In Mexico, Days After Reporter Killed

CBS News A news photographer was killed in the Mexican border city of Tijuana on Monday, the same day press groups said a reporter had been killed in the Gulf coast state of Veracruz last week. The two killings marked a grim start to 2022 in Mexico, which is considered one of the most dangerous places for reporters outside active war zones. 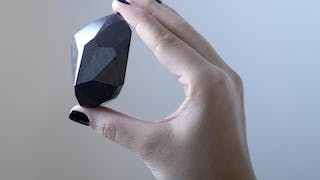 Out Of This World: 555.55-Carat Black Diamond Lands In Dubai

Associated Press Auction house Sotheby’s Dubai has unveiled a diamond that’s literally from out of this world. Sotheby’s calls the 555.55-carat black diamond — believed to have come from outer space — “The Enigma.” The rare gem was shown off on Monday to journalists as part of a tour in Dubai and Los Angeles before it is due to be auctioned off in February in London. 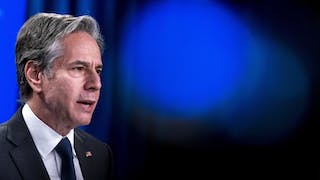 Associated Press Secretary of State Antony Blinken will visit Ukraine this week and meet with President Volodymyr Zelenskyy as tensions between the U.S. and Russia escalate over a possible Russian invasion of its neighbor, the State Department said Tuesday.
View More Stories