WASHINGTON (AP) _ Attorney General Alberto Gonzales was briefed regularly over two years on the firings of federal prosecutors, his former top aide said Thursday, disputing Gonzales' claims he was not closely involved with the dismissals.

Gonzales and former White House counsel Harriet Miers made the final decision on whether to fire the U.S. attorneys last year, Sampson said.

``I don't think the attorney general's statement that he was not involved in any discussions of U.S. attorney removals was accurate,'' Sampson told the committee as it inquired into whether the dismissals were politically motivated.

``I remember discussing with him this process of asking certain U.S. attorneys to resign,'' Sampson said.

Sampson's testimony for the first time put Gonzales at the heart of the firings amid ever-changing Justice Department accounts of how they were planned.

Gonzales has said repeatedly that he was not closely involved in the firings and largely depended on Sampson to orchestrate them. The Justice Department maintains Gonzales was not involved in selecting which prosecutors would be asked to resign.

Sampson resigned March 12. A day later, Gonzales said he ``never saw documents. We never had a discussion about where things stood'' in the firings.

The White House stepped back from defending Gonzales even before Sampson finished testifying.

``I'm going to have to let the attorney general speak for himself,'' White House spokeswoman Dana Perino said as Sampson entered his third hour before the senators. Noting that Gonzales is not scheduled to appear publicly on Capitol Hill until an April 17 hearing in front of the same Senate panel, she added: ``I agree three weeks is a long time.''

Even so, President Bush ``is confident that the attorney general can overcome these challenges, and he continues to have the president's support,'' said White House spokesman Tony Fratto.

The Justice Department said Gonzales has no plans to resign. Justice spokesman Brian Roehrkasse said Gonzales has described his involvement as ``never focused on specific concerns about United States attorneys as to whether or not they should be asked to resign.''

After someone changes a story several times, Leahy said, ``people tend not to believe it.''

Sen. Arlen Specter, R-Pa., said Gonzales ``has many questions to answer.'' Sampson's conflicting account with Gonzales' poses ``a real question as to whether he's acting in a competent way as attorney general.''

A growing number of Democrats and Republicans have called for Gonzales to step down.

The stony-faced Sampson, a longtime and loyal aide to Gonzales, said other senior Justice Department officials helped to plan the firings, which the White House first suggested shortly after President Bush won a second term in 2004.

Sampson said he was never aware of any case where prosecutors were told to step down because they refused to help Republicans in local election or corruption investigations. He also said he saw little difference between dismissing prosecutors for political reasons versus performance-related ones.

``A U.S. attorney who is unsuccessful from a political perspective, either because he or she has alienated the leadership of the department in Washington or cannot work constructively with law enforcement or other governmental constituencies in the district, is unsuccessful,'' Sampson said.

Sampson himself was unable to answer many of the senators' specific questions, claiming a fuzzy memory.

Furor over the purge has outraged lawmakers and current U.S. attorneys. With televisions throughout the Justice Department tuned to Sampson's testimony, Gonzales spent two hours trying to soothe a group of seven prosecutors he met with in Washington.

He has held similar meetings across the country and planned to attend one Friday in Boston.

Whether they have done any good is unclear, Specter said.

``U.S. attorneys across the country do not know when another shoe may drop,'' Specter said.

He said White House political staffers working for presidential aide Karl Rove were involved closely in the plans to replace prosecutors _ as illustrated by thousands of department e-mails released to Congress.

It was Miers, he said, who initially floated the idea of firing all 93 federal prosecutors and ultimately joined Gonzales in approving them.

Sen. Ben Cardin, D-Md., asked Sampson whether he saw a ``perception problem'' with the timing of the firings; several of the prosecutors were investigating cases that could portray Republicans in a poor light.

``At the time, I personally did not take adequate account of the perception problem that would result,'' Sampson said.

Sen. John Cornyn, R-Texas, offered Sampson some support. Cornyn said he had seen no evidence the dismissals were ``designed to impede or actually did impede a criminal investigation or prosecution.''

Congress and the White House are wrangling over whether Rove, Miers and other administration officials will testify in public about their roles in the firings.

Bush has offered to make them available in private meetings; lawmakers from both parties have rejected that idea.

Specter urged White House officials to testify. But he said he was willing to compromise on some of the terms. ``Let's try to come to terms here to get the information this committee needs so we can make a judgment,'' Specter said.

Noting questions about Rove's role in particular, Specter added: ``I think we ought to hear from him candidly, sooner rather than later.'' 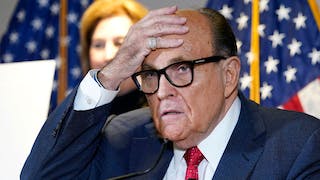 Associated Press The House committee investigating the U.S. Capitol insurrection has subpoenaed Rudy Giuliani and other members of Donald Trump’s legal team who filed bogus legal challenges to the 2020 election that fueled the lie that race had been stolen from the former president. 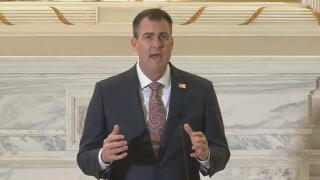 News On 6 Employees at Oklahoma state agencies will be authorized to substitute teach at schools across the state, part of an executive order issued by Gov. Kevin Stitt. 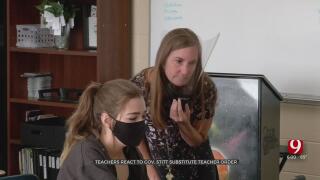 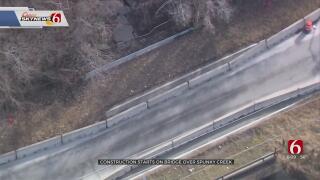 News On 6 Crews started work on a new bridge today on Lynn Lane over Spunky Creek. The bridge will be between East 12th and East 13th. 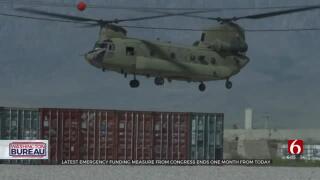 Little Progress Made As Budget Deadline Looms Large In Washington

Alex Cameron One month before a temporary agreement to fund the government expires, congressional appropriators appear to have made little progress on a FY 2022 budget, making it ever more likely Congress will resort to leaving current funding levels in place through the end of the fiscal year. 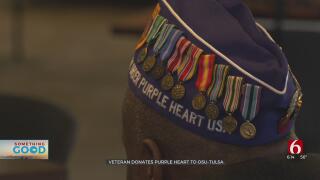 Kaitlyn Deggs Many people donate money to the schools where they graduated, but Shannon Matthews wanted to give something more. The university said this is the first time in history that a living person has donated their Purple Heart to their alma mater.
View More Stories