LONDON (AP) _ Detectives investigating the poisoning death of an ex-KGB agent focused Friday on a meeting at a London hotel bar where at least 10 people may have been exposed to radioactive polonium-210.

Colleagues in Moscow hoped to question one of those people, Andrei Lugovoi _ another former KGB agent and security consultant named by British law enforcement officials as a key witness in the poisoning of Alexander Litvinenko.

A businessman at that meeting, Dmitry Kovtun, also showed signs of contamination with polonium-210, the rare radioactive element found in Litvinenko's body, and seven hotel employees who were working at the bar that day also tested positive for exposure to radiation, British health officials said.

Dr. Michael Clarke of Britain's Health Protection Agency said the poisoning likely was carried out at the hotel bar _ but a British police official said no conclusions had been drawn. The official said the venue was an integral part of the case, speaking on condition of anonymity because she was not authorized to speak about the case.

``People go to bars to drink, eat and smoke _ all of which are possibilities for the poisoning,'' Clarke told The Associated Press.

Litvinenko's friend Alex Goldfarb said the former spy sipped tea during the meeting, while Lugovoi said he recalls ordering a bottle of gin. Clarke said polonium could have been discreetly added to food or drink.

``If it was some sort of liquid, it could have been _ as in James Bond _ a little magic capsule,'' Clarke said Thursday, the day Litvinenko was buried in a specially sealed coffin.

Litvinenko died at a London hospital on Nov. 23. Doctors said he was poisoned with a massive dose of the radioactive substance.

A meeting between detectives and Lugovoi ``could happen today,'' his lawyer, Andrei Romashov, told the AP on Friday. Lugovoi is undergoing medical checks in a Moscow clinic for radiation.

Traces of polonium-210 have been found at several sites he visited in recent weeks, including the stadium of London's Arsenal soccer club and the British Embassy in Moscow.

Health officials said traces of polonium also had been uncovered at the Parkes Hotel in London's Mayfair neighborhood _ where Lugovoi stayed Oct. 16.

British officers, backed by agents from the domestic spy agency MI5, have spent several days trying to interview Lugovoi without success, law enforcement officials said. Russian Prosecutor General Yuri Chaika said Wednesday that British police would not be allowed to question him directly, but could attend while Russian officers conducted the interrogation.

A Russian news agency reported Thursday that Kovtun _ being treated at a Moscow hospital _ had slipped into a coma after meeting Russian investigators and Scotland Yard detectives. Romashov denied that report, saying Kovtun's condition was ``the same'' as before and during the interrogation. Interfax later cited a source as saying Kovtun had regained consciousness but was in serious condition with radiation damage to his intestines and kidneys.

Russian prosecutors announced Thursday they had opened a criminal case into the murder of Litvinenko and attempted murder of Kovtun.

A criminal probe in Russia would allow suspects to be prosecuted there. Officials previously have said Russia would not extradite any suspects in Litvinenko's killing. 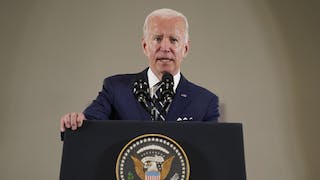 Associated Press The Senate on Sunday passed Democrats' sweeping economic package designed to combat climate change, address health care costs and raise taxes on large corporations, marking a crucial achievement for President Biden and his party as they look to maintain their hold on Congress in the November midterm elections. 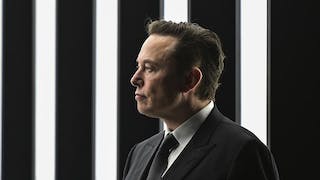 Musk Says Twitter Deal Could Move Ahead With ‘Bot’ Info

Associated Press Elon Musk said Saturday his planned $44 billion takeover of Twitter should move forward if the company can confirm some details about how it measures whether user accounts are ‘spam bots’ or real people. 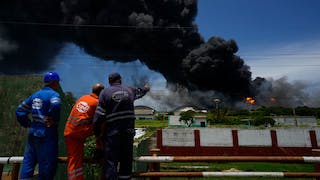 Associated Press A fire set off by a lightning strike at an oil storage facility raged uncontrolled in the Cuban city of Matanzas, where four explosions and flames injured 121 people and left 17 firefighters missing. Cuban authorities said a unidentified body had been found late Saturday.

Associated Press At least nine people were wounded — none critically — in a shooting outside a Cincinnati bar early Sunday, police said. 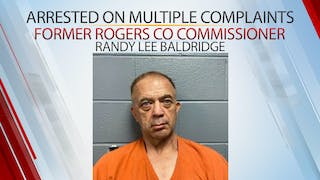 News On 6 A former Rogers County commissioner was arrested Saturday after officers discovered methamphetamine on him while conducting a traffic stop. 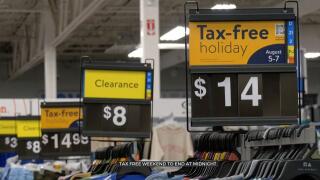 Tax-Free Weekend Offering Deals As Prices Increase Due To Inflation

Johnny Resendiz Sunday is the final day of tax-free weekend, and shoppers hope to save some money as prices on everything are increasing.
View More Stories