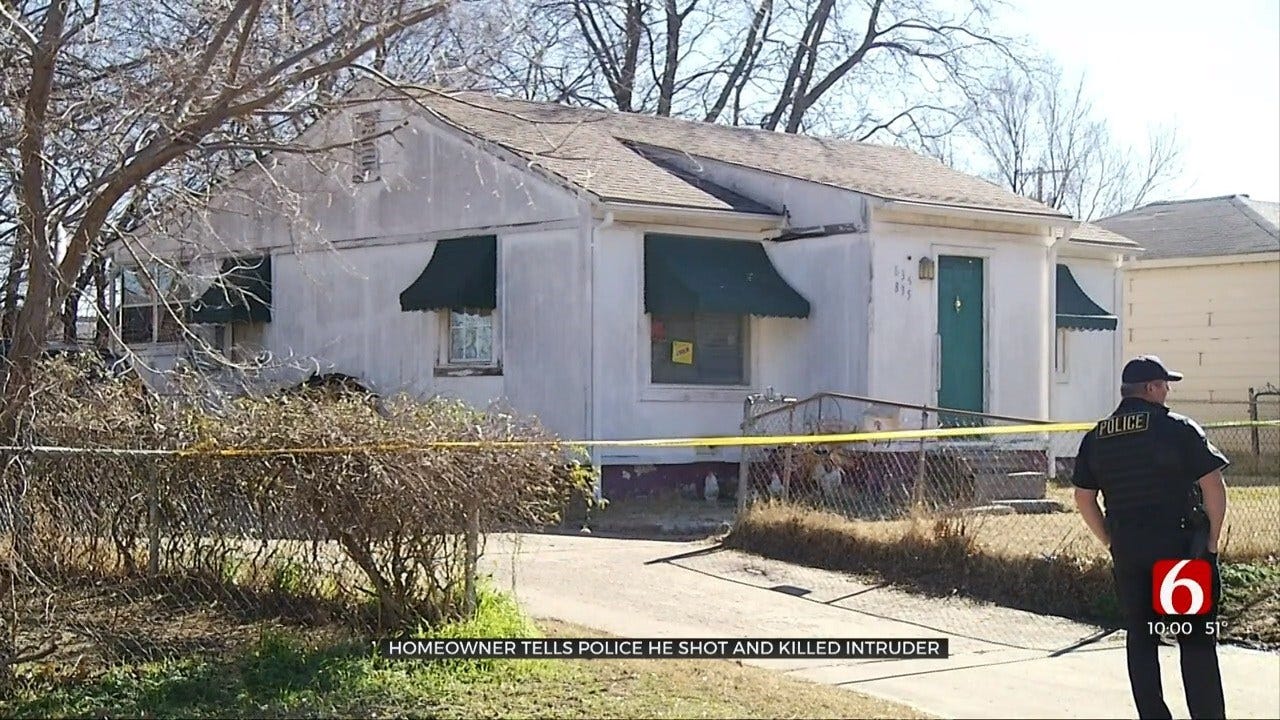 A man was fatally shot at a home near Sheridan Road and Admiral Place.

Investigators said the homeowner told them the shooting was in self-defense. The investigation began when a woman inside the home called Tulsa police Saturday afternoon.

"She said that an intruder had been shot," Tulsa police Sgt. Phil Whitehead said.

Whitehead said the homeowner told police he shot the man once in the chest with a vintage bolt action rifle in self-defense. Investigators said another man and the woman were inside the home and called 911.

Several neighbors said people are often coming and going from the home.

"Strange people, it's a bad house. They need to condemn it," one said.

"Just different people in and out, and it's just gotten worse," a third neighbor told News On 6.

Detectives are still looking into exactly what happened and speaking with witnesses.

"Right now, it looks like it was in self-defense inside his own home. If that were, in fact, the case, then that would be a justifiable homicide," Whitehead said.

Police have not released the name of the man who died but said he was 35 to 40 years old. This is Tulsa's sixth homicide of the year.