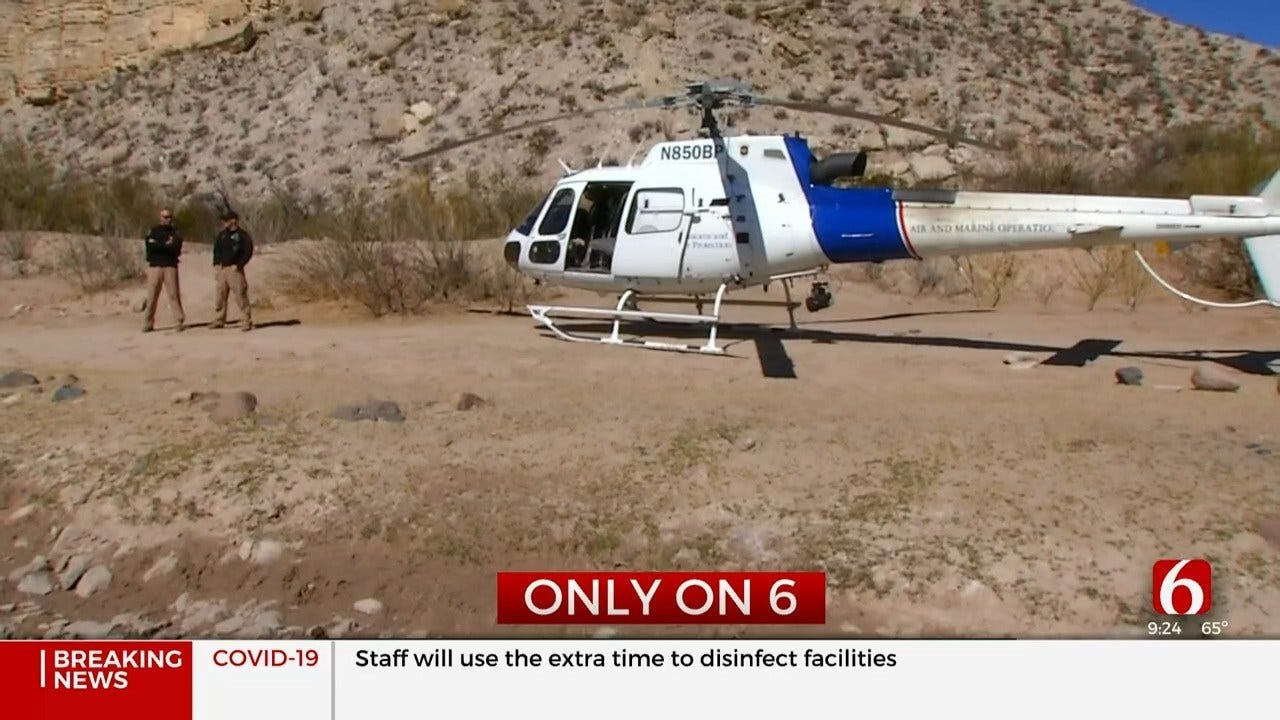 There are nearly 2,000 miles that make up the US-Mexico border.

Traveling just a short distance can take hours in just one direction and that is where Air and Marine Operations within U.S. Customs and Border Protection steps in.

With just the quick latch of a cockpit door, Air Enforcement agents power up the engines and within minutes are airborne.

The visual from up above is one of the biggest tools U.S. Customs and Border Protection can have covering a wide range of territory.

An air branch closer to the metro is located in Alpine, Texas.

“Sometimes you'll see a person (has) a different color jacket, a different hat, the way people stand, we get experience out here, your like ‘hey, that’s not a bush there, that’s a person,’” said Stonehouse. “Sometimes they do concealed methods to vehicles, we can figure those out.”

While many miles away, missions from the Alpine Air Branch are carried out in Oklahoma and even New Mexico. It's not uncommon aircraft are caught heading due south that shouldn't be.

Another tool helping agents is a tethered aerostat. A blimp, armed with cameras and radar, is capable of catching those trying to fly underneath the radar.

“They work very well,” said Stonehouse. “They have proven themselves over the years to provide us with data to make real time decisions.”

All pilots with Air and Marine Operations are sent to Will Rogers World Airport for training away from the mission.

“Youve got a flat area with no obstacles for us to content with,” said Jason Ives, a U.S. Customs and Border Protection Supervisor Air Interdiction Agent working at Will Rogers World Airport. “You've got a lot of open-air space; it’s not congested similar to a Dallas Fort-Worth or some of the major metro areas. We get to focus on what we want to do which is the training aspect of it here.”

Along with learning the ins and out of aircrafts pilots meet with experts in survival, tactical medicine and flying armed to prepare for whatever mother nature throws their way in the desert.

“We'll run them through medical scenarios, you had a helicopter that had a mishap and you've got somebody injured in your helicopter. What do you do to treat that?” said Ives. “Or you’re stuck in the woods. How do you treat that? So not only on duty but off duty survival as well.”

Air Enforcement Agents also respond to needs of local law enforcement. They’re available to respond, even in times of disaster.

“I am proud to put my uniform on every day,” said Stonehouse. “I am proud to lead guide and direct the men and women of the El Paso Air Branch. It is a significant impact of what we do and what we bring to the table for all of the United States.”

Some big things are happening at the El Paso Air Branch as they get ready to welcome the Sikorsky UH-60 Black Hawk into their fleet.