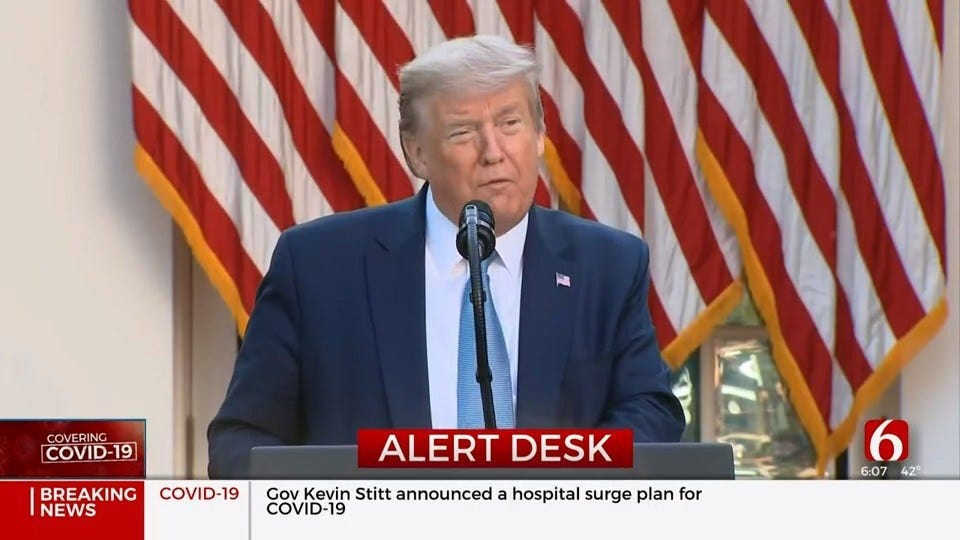 President Trump said 29 states could soon reopen-- some before his May 1st goal.

He'll be speaking with all 50 governors Thursday afternoon to give them new federal guidelines.

On Thursday, President Trump will be giving the nation's governors new guidelines aimed at restarting the economy.

"We'll be opening up states, some states much sooner than others. Governors are looking forward; they're chomping at the bit,” said President Trump.

The new guidelines are aimed at easing restrictions in areas with low transmission of COVID-19 while keeping them in harder-hit places.

The U.S. has tested more than three million people. But some governors say that's not enough to get their state's back to work.

New York and other states are still tightening restrictions, but calls to return to normal are growing.

Protestors in Lansing, Michigan want an end to Stay-at-Home orders.