By: News On 6, Rachel Roberts 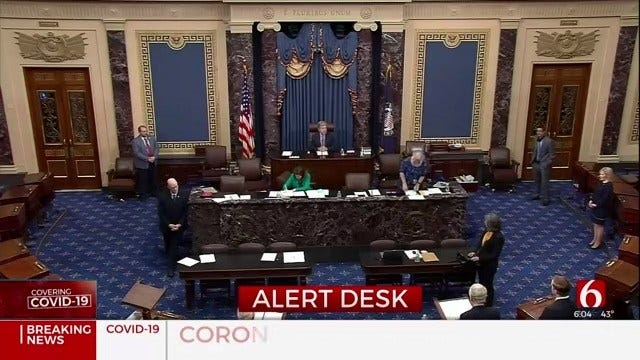 President Trump said relief is on the way for one major industry, and he's pushing congress to work together to pass emergency funding for his administration's small business loans program.

President Trump said his administration is close to revealing the details of a proposal to help the hard-hit airline industry.

Meanwhile, efforts to pass $250 billion in funding for the small business relief loans program stalled in the Senate after Democrats demanded extra money for hospitals and state and local governments as well as fixes to the loan program.

"It is clear that in hard to serve, under-served communities, they don't have the same access,” said Senator Ben Cardin.

"Please, do not block emergency aid you do not even oppose,” said Senate Majority Leader Mitch McConnell.

President Trump said additional funding for hospitals and states should go into a separate bill.

The Senate is officially scheduled to reconvene on April 20th, but another session may be called before then to try and approve the additional funding.