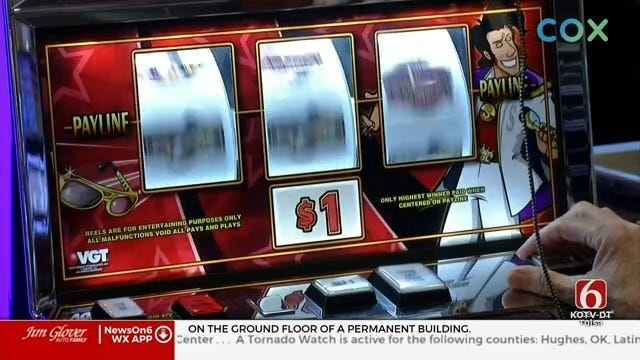 Two tribes and the Oklahoma Attorney General are reacting to new gaming compacts reached by Governor Kevin Stitt and two other tribes.

Oklahoma Attorney General Mike Hunter said the new gaming compacts reached by he governor and two tribes are not legal.

Hunter said the governor is allowed to negotiate the compacts but said he can only negotiate certain games authorized by the act.

Under the new compacts, the Comanche Nation and Otoe-Missouria Tribe agreed with the state on new opportunities, like offering sports betting and building new casinos on land that once belonged to their tribes.

"Both of these tribes are very excited about pursuing these opportunities, and like I said earlier, exponentially increasing the revenues back to their government programs,” Attorney Rob Rosette said in a video conference with reporters Tuesday. He represents the plaintiffs in the federal mediation.

Some tribes are pushing back against the new gaming compact agreements.

In a statement, Cherokee Nation Principal Chief Chuck Hoskin Jr. said while he has "great respect for tribal sovereignty" and the "action by Governor Stitt and two tribes will not change our course of action, has no legal basis and is wholly unhelpful to the process of reaching a win-win compact for the future of gaming. In the meantime, the current compact remains in effect."

The Muscogee Creek Nation also released a statement, saying in part, "While the Muscogee (Creek) Nation respects the individual sovereignty of fellow tribes to make decisions they feel are best for their citizens, we also recognize the strength in unity for the benefit of Indian Country."

Oklahoma Attorney General Mike Hunter said in a statement, "The governor has the authority to negotiate compacts with the tribes on behalf of the state. However, only gaming activities authorized by the act may be the subject of a tribal gaming compact. Sports betting is not a prescribed 'covered game' under the act."

The Oklahoma Indian Gaming Association said the governor "does not have the authority to do what he claims to have done..."

"These new compacts are meant to address what we view to be a more modern reflective compact of the industry,” Whaley said.

Ten tribes, including the Cherokee Nation and Muscogee (Creek) Nation remain in federal mediation with the governor.

The Comanche Nation and Otoe-Missouria Tribe issued a statement saying in part:

"There is absolutely nothing unlawful about entering into a compact that guides the parties’ behavior and expectations in contemplation of potential future events. In fact, the 2005 compacts also contained provisions that would authorize new forms of gaming in the event that such gaming would be ‘approved by state legislation for use by any person or entity.’ The event wagering provisions of the new compacts are fully consistent with the language of the 2005 compacts.”