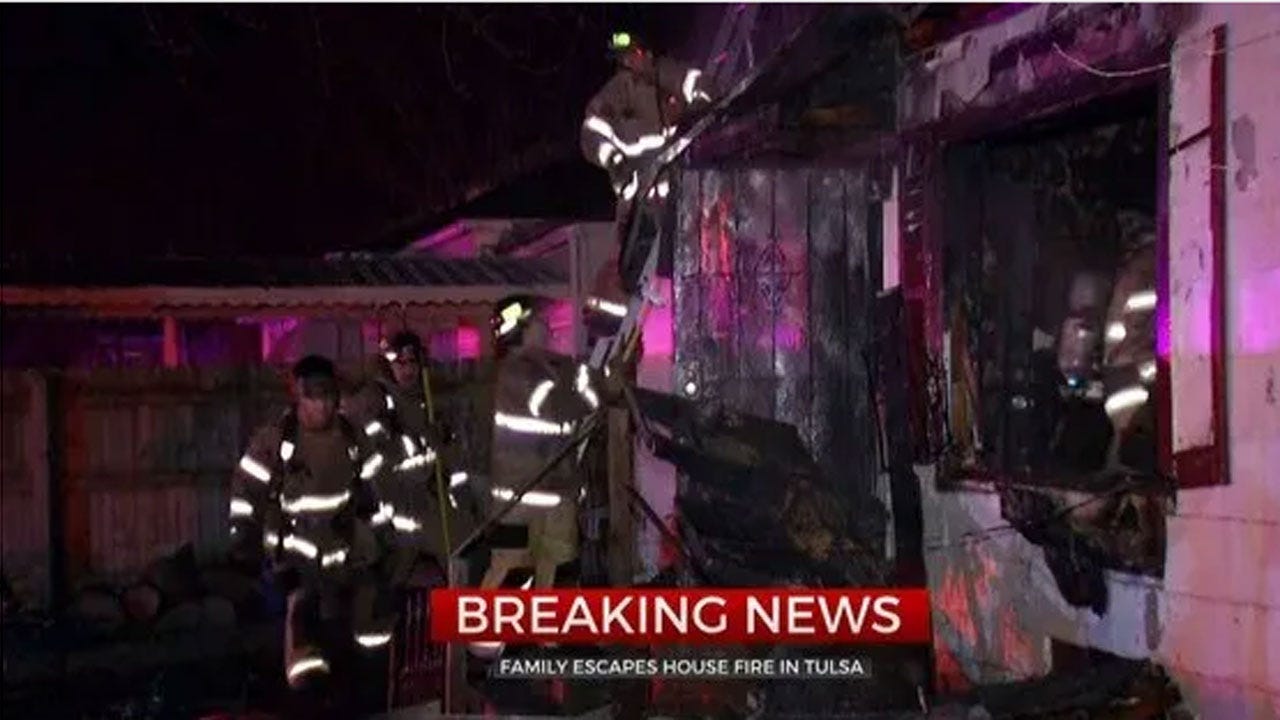 A family is safe, Friday morning after their home caught fire overnight in Tulsa.

Two people and two dogs were inside the home near Interstate 244 and Harvard Avenue when it caught fire, officials said.

The people inside the home and one of the dogs were able to get out safely. Firefighters said they believe the second dog was able to escape the fire, after searching the inside of the home and being unable to find it.

Firefighters said they believe a space heater malfunctioned and caused the fire.

"When a propane tank relieves, its allowing additional gas to escape at very high pressure, trying to keep the cylinder from exploding. And if it's involved in a fire, that fire is obviously going to ignite and make a much larger fuel fed fire, which is much more difficult for us to put out," said Jason Smart with the Tulsa Fire Department.