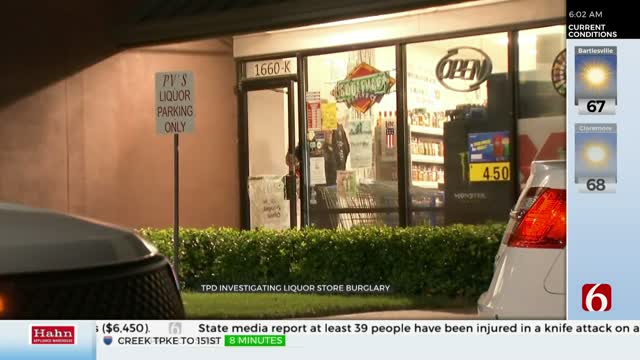 Tulsa Police said they’re searching for a man who burglarized a liquor store overnight near 71st Street and Riverside.

The owners of PV’s Liquor have already boarded up the door where the thief broke in.

Surveillance video shows a man with a mask grabbing a rock and throwing it at the door.

The glass folded instead of shattering, and officers said the video shows the man climbing through the door to get inside.

Officers said he grabbed some cigarettes and was in and out of the store in just seconds.

Security cameras showed him running across 71st Street toward Braum’s, and he hasn’t been seen since.

If you know where the suspect might be, call Crime Stoppers at 918-596-COPS and you can stay anonymous.