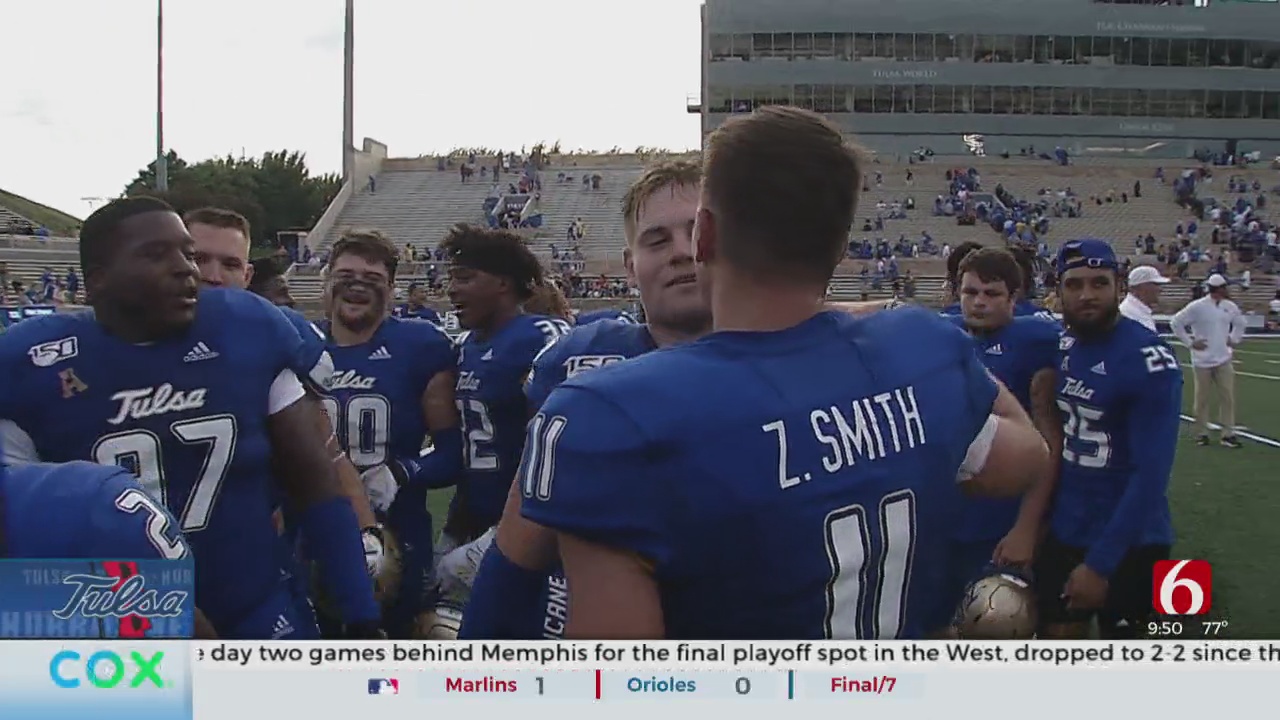 Being a quarterback can be challenge itself, so TU quarterback Zach Smith used some unique offseason training to prepare for the fall.

In his down time this summer during the pandemic, the Tulsa quarterback went to work on his family’s ranch in Texas.

TU head coach Philip Montgomery said that ‘bring hard hat and lunch pail mentality’ helped Smith be the leader he is for the Golden Hurricane.

“You would see him on the phone when he is in the tractor and they are harvesting, then he just shuts it down for that amount of time and then soon as it’s over, he is right back on it,” said Montgomery.

The bond that Smith shares with Montgomery runs deep, as their time together began when Smith was in high school and Montgomery was still at Baylor

"We call his wife mama Monty she is always around,” said Smith. “It’s like that kind of bond because I have known him for so long, and has been such a great leader, not only for me but the entire team."

Smith played and started in all 12 games last year tossing 19 touchdowns. Behind him in the backfield is a returning running back duo of Shamari Brooks and Cory Taylor.

“You have a couple of studs back there and when they are running the ball, it takes a lot of pressure off of the offense and I'm really confident in them,” said Smith.

With an offense that returns 9 players, all that’s left is to have Smith lead an offense to the next level.