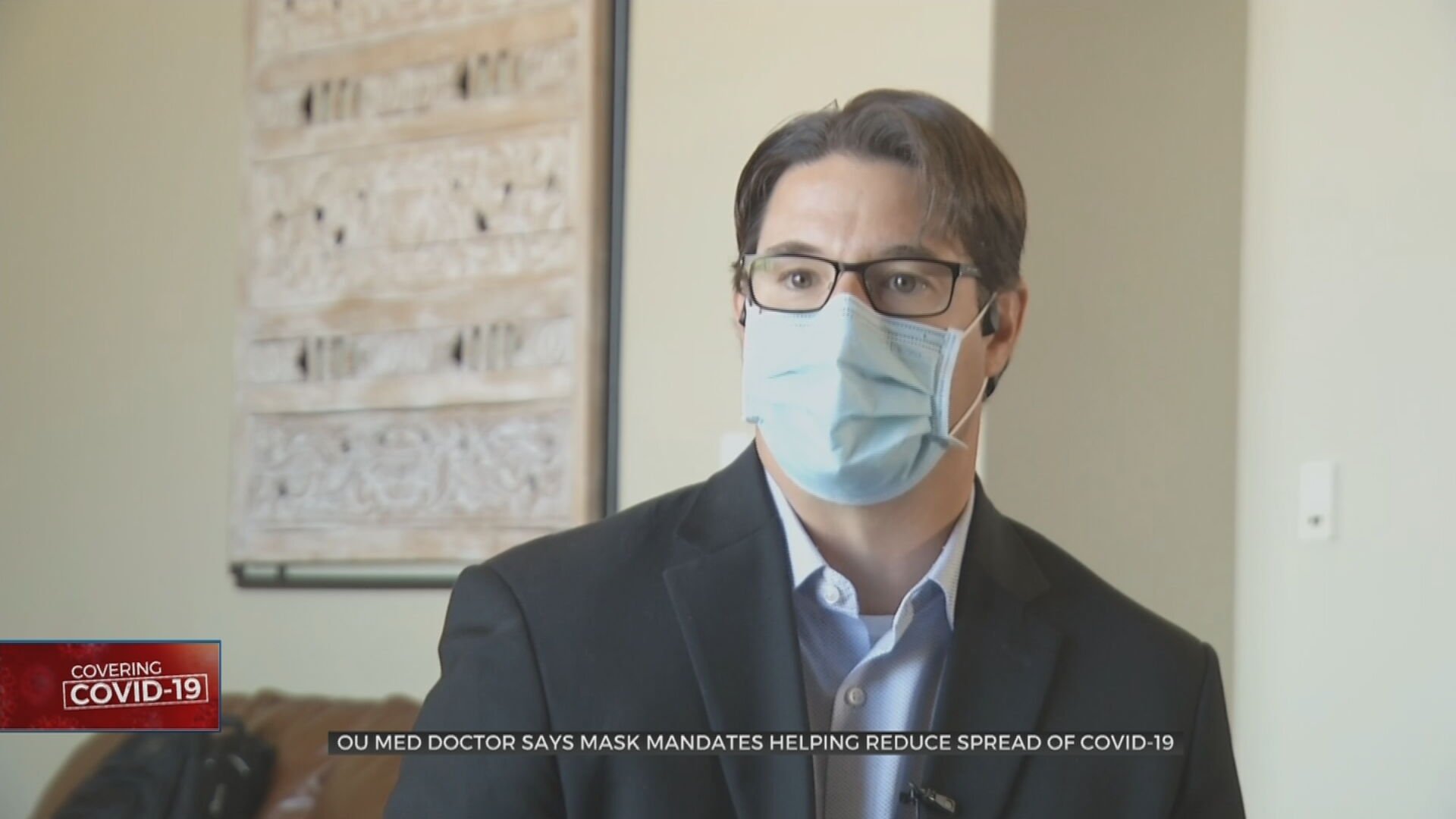 Experts at OU Medicine said they’ve analyzed data that suggests mask mandates are helping to reduce the spread of COVID-19 in Oklahoma.

Tulsa and Oklahoma City leaders approved mask requirements in most places more than a month ago. Other communities across the state have followed their lead.

Health leaders said they have enough data over the past few weeks to analyze and make a conclusion. OU Medicine said they believe having people wear masks in public is helping keep positive cases down.

Many city councils across Oklahoma have at least discussed putting a mask mandate in place over the last few weeks.

"In most communities those have been hotly debated policies in city councils, so MyHealth has been called upon to provide data for those community level discussions," OU-Tulsa Chair of Medical Informatics Dr. David Kendrick said.

He said their information network compiles and exchanges health data all over the state.

Kendrick said they can analyze stats by zip code or smaller and compare the data between cities with mask mandates and those without mandates.

Kendrick said the positivity rate for communities with mask policies is dropping quicker than areas without mandates.

Some groups are fighting those policies though. A group of Tulsa doctors is suing Mayor GT Bynum, the city council and health department over the mask mandate.

They said people are not properly wearing masks and claim they could be causing more harm by spreading bacteria.

"The cloth mask blocks the large droplets, but then it can transform those by the force of our breath, the heat of our breath, into smaller particles that can stay suspended in the air longer, perhaps increasing the transmissibility," Tulsa Dr. James Meehan said.

OU Medicine said there's other good news. They said data also suggests the length of time it takes for people to get their test result back is shrinking.