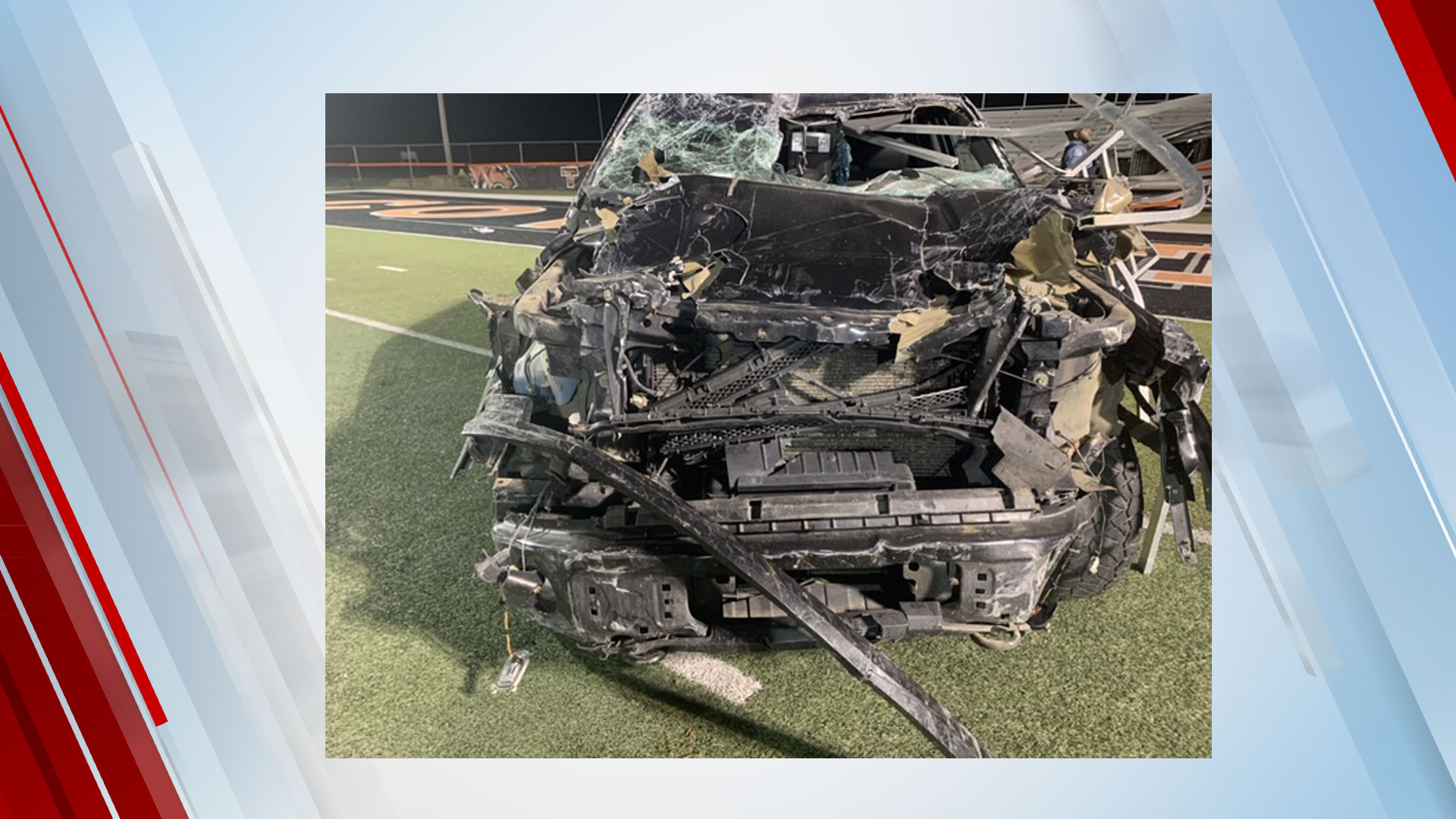 The Coweta Police Department arrested a man on a driving under the influence complaint after he allegedly drove his truck through a football field on Friday night.

Authorities responded to the scene just before 11 p.m. and arrested 21-year-old Matthew Jenkins. Jenkins later blew a .14 on a breathalyzer test.

Jenkins was driving his truck on Highway 51 when he left the roadway and becoming airborne over 305th East Avenue. Police said the truck then broke the fence of the Coweta Public Schools-owned football stadium, drove through a set of bleachers and stopped on the football field.

Jenkins was also charged with complaints of transporting an open container of alcohol, obstruction and driving left of center.