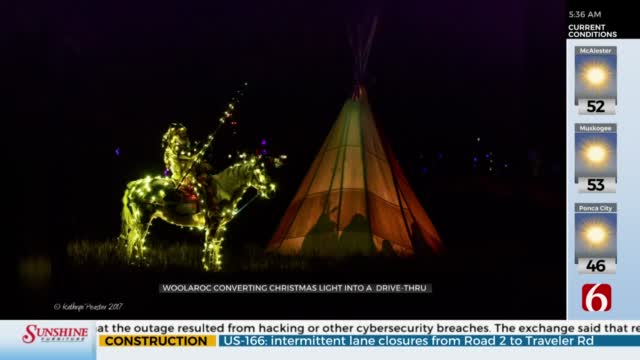 Leaders at Woolaroc say they are converting this year’s Christmas lights show into a drive-thru event because of the pandemic.

The Frank Phillips Foundation said they knew it was not best to have crowds so close together inside the museum or participating in activities that involve close contact.

That is why they said this year’s “Wonderland of Lights” will be a drive-thru show and ticket prices will be lowered from six dollars down to two dollars.

Bob Fraser, the foundation’s CEO said they are still expecting a big turnout at Woolaroc this year after having around 25,000 visitors around Christmastime in 2019.

The lights display will run from November 27th through December 20th.