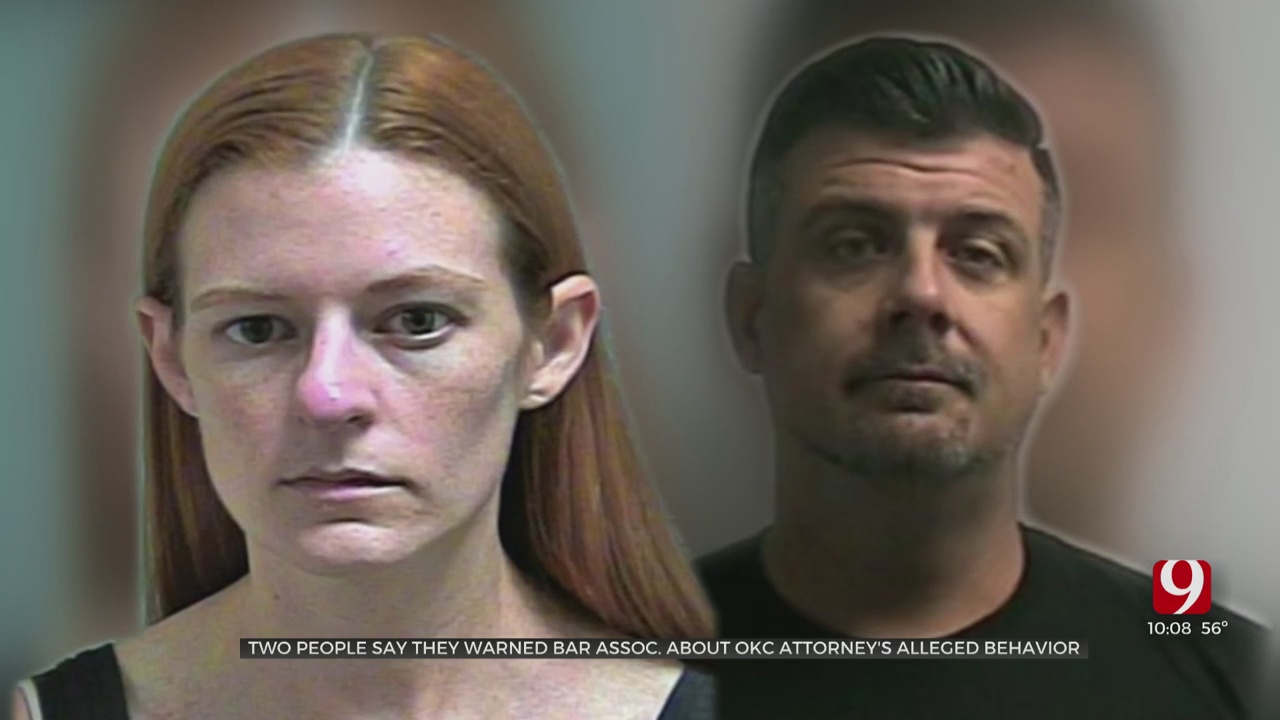 Since former Oklahoma attorney Keegan Harroz pleaded guilty to a federal weapons violation on Sept. 29, two people have come forward to report they warned the Oklahoma Bar Association about Harroz’s erratic actions prior to her 2019 arrest.

Harroz was accused of being a prohibited person in possession of ammunition and selling or otherwise disposing of a firearm to a prohibited person. Investigators said she provided her boyfriend Barry Titus with a weapon, knowing he was not allowed to have a gun due to his criminal history.

During federal court proceedings, prosecutors revealed Harroz and Titus were also suspects in a triple murder investigation in Okmulgee County. Since the revelation, those who knew Harroz have shared what they learned about her reported involvement, as well as allegations that she exploited and harassed an unrelated client.

Back in Jan. 2019, Erin Baze tried to report Harroz to the Oklahoma Bar Association but was never taken seriously.

“In my letter, I explain my issues that I had with Keegan (Harroz). I hired David [Bedford] through Harroz Law to represent me in a case,” Baze said. “He closed the case in July of 2018. Jan of 2019, I received a letter from Keegan. I fired David, you owe me $1,700. So I began emailing her. I wanted a paper trail.”

Baze said she had a payment agreement with Bedford and did not owe Harroz money. Baze alleged that the Bar Association did not take her complaint seriously and wished they would have intervened for Keegan’s sake and everyone else involved.

“We don't know where we could be, but maybe if they had taken action, maybe she would have woken up,” Baze said.

“She is a great lawyer. She got strung out on meth,” said David Bedford, Harroz’s ex-boyfriend and former law firm partner.

Bedford said he dated Keegan Harroz for nearly four years, but the two broke up in 2018. The two later filed dueling protective orders against the other.

Bedford also said that he provided information to a task force investigating the triple murder about where they could locate evidence.

“I gave them all the information to get the warrant for the computers,” Bedford said.

Prior to the murders, Harroz was accused of intimidating Tiffany Eichor, one of the victims.

Eichor was Barry Titus’s ex-girlfriend. Titus was accused of severely beating her.

Eichor, her mother and father were found murdered in their home Sept. 2019.

They had been shot.

Investigators wrote in court documents that Titus had previously threatened the family’s lives, and that Harroz used a private investigator to find the Eichor family before their deaths.

They also reported that Titus’ DNA was found at the crime scene as well as shell casings.

To date, the murders remain unsolved.

“Ms. Harroz is presumed innocent of any involvement in the Beggs murders,” attorney Jarrod Stevenson said. “She still has not been charged with the murders and she remains committed to fighting any future charges that may or may not come.”

The Oklahoma Bar Association said any formal complaints made to the organization remain confidential.

The association also added that the claims against the Bar are false.

In Harroz's plea agreement, she asked for a 24 to 30-month sentence and for the government to cease an investigation into her owning/giving away a firearm.

A formal sentencing date has not been set for Harroz.