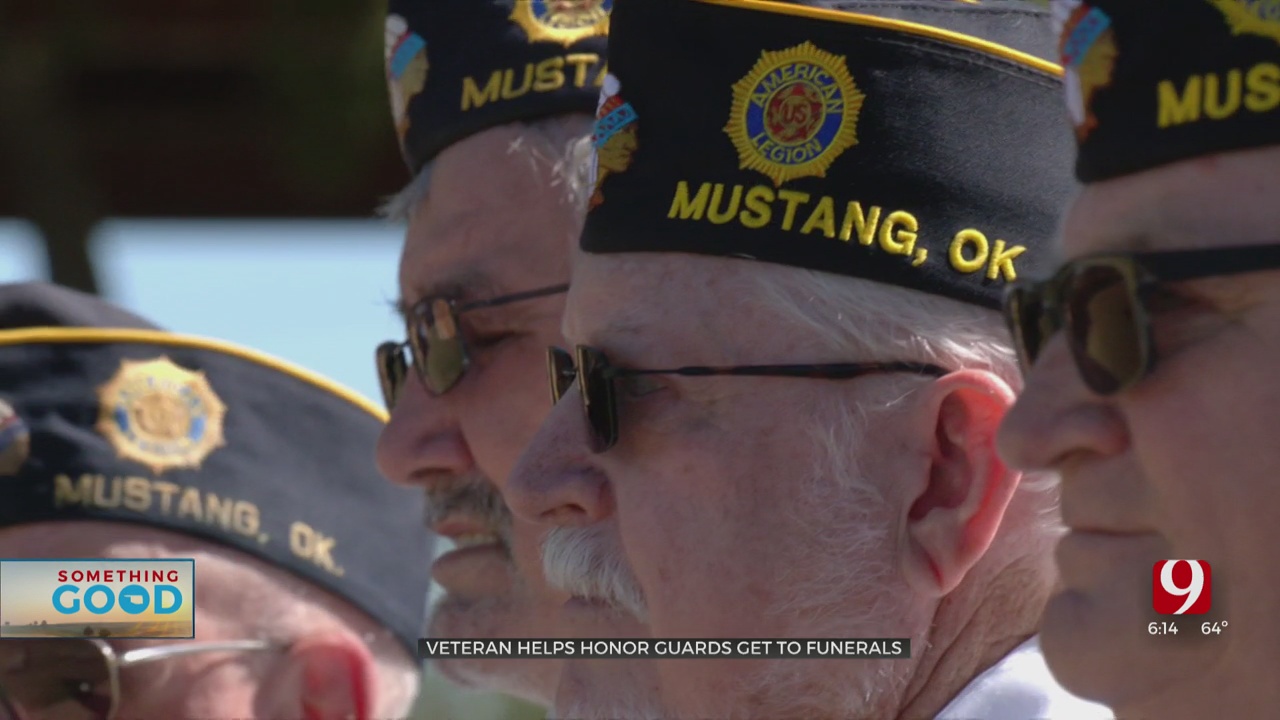 Veterans are used to taking and following orders but try putting them in a van together and see what happens.

"Yeah, I got to separate them now and then. ‘Pull this van over,’ you know?" said John Traffanstedt of Mustang American Legion Post 353.

It is John's van, after all. Traffanstedt bought it last year to transport the post's honor guard.

"We do a lot of traveling too,” Traffanstedt said. “It's hard to keep everyone together and make sure everyone gets there on time.”

"We want to be prompt and everything, on time at our funerals, because it's quite an honor to take and do services for our veterans who have passed on," post commander John Sears said.

The post travels to approximately 60 funerals every year. Attending funeral is personal for Traffanstedt. In 1966, he enlisted with the Air Force and fought in the Vietnam War.

"I know exactly what a lot of them went through. Just to be forgotten, you know, didn't seem right,” Traffanstedt said.

"Any time you ask him to do something, he's there front and center to do it," Sears said. "He doesn't shy away or make an excuse that he can't do it. He'd have my back any day I'd take him."

For Traffanstedt, his service has never stopped.

"We all want to be remembered, at least for something when we're gone," Traffanstedt said. "I'm just thrilled to know we're in that. We can provide a memory for the families."