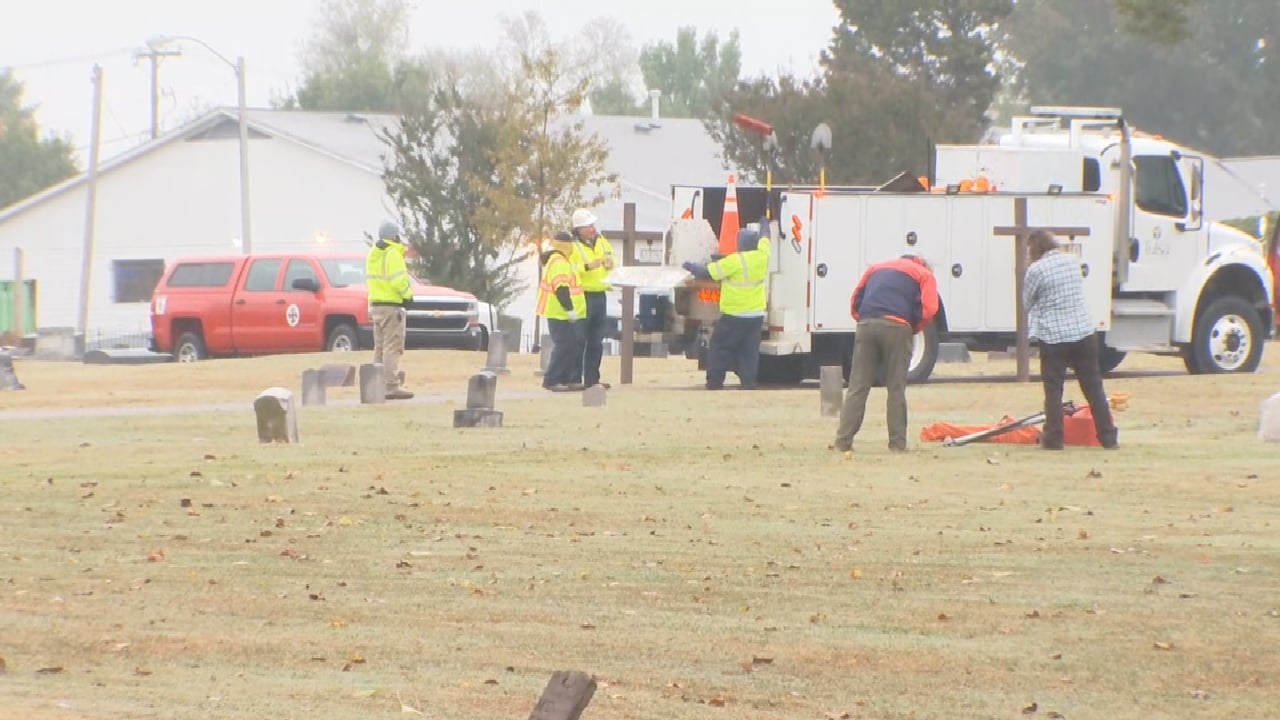 Crews are back at Oaklawn Cemetery searching for potential mass graves from the 1921 Race Massacre.

The City of Tulsa said this will be the second test excavation and core sampling they have done.

They will focus on two areas at Oaklawn Cemetery: one located adjacent to a couple of race massacre headstones and another excavation will happen near the Clyde Eddy site.

Eddy said he was 10-years-old when he saw victims being buried.

City leaders said a news conference is scheduled for noon Monday, and the mayor, researchers, and members of the public oversight committee will give an update.

Officials said this process should last up to a week, but could extend to a second week if needed.