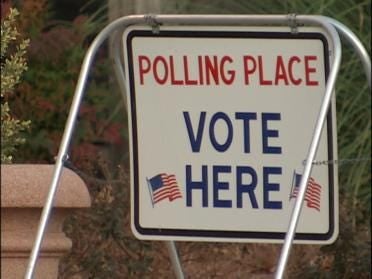 Voters have started heading to the polls for early voting, and one item on the ballot is State Question 805.

Supporters of 805 say piling on years of prison time far beyond the maximum for a nonviolent crime is unfair and doesn't make us safer.

However, Opponents of the state question believe it’ll allow people to leave prison and to be treated like a first-time offender, even if they keep committing the same crimes.

Kris Steele a supporter of SQ 805 said it starts to bring Oklahoma's sentences for nonviolent offenders in line with the national average.

"This simply establishes a range of punishment for all non-violent crimes. That's all it does. It starts the process of bringing our sentences for non-violent offenders more in line with the national average," Steele said.

However, Rogers County District Attorney Matt Ballard said people are surprised at what crimes are considered nonviolent under SQ 805.

"I think people are very surprised to hear that animal cruelty, domestic violence by strangulation, domestic violence in the presence of a child, discharging a firearm into a house, are all non-violent crimes under 805," said DA Ballard.

News On 6 has obtained documents from the Secretary of State’s Office explaining how 805 would work; you can read the documents below.