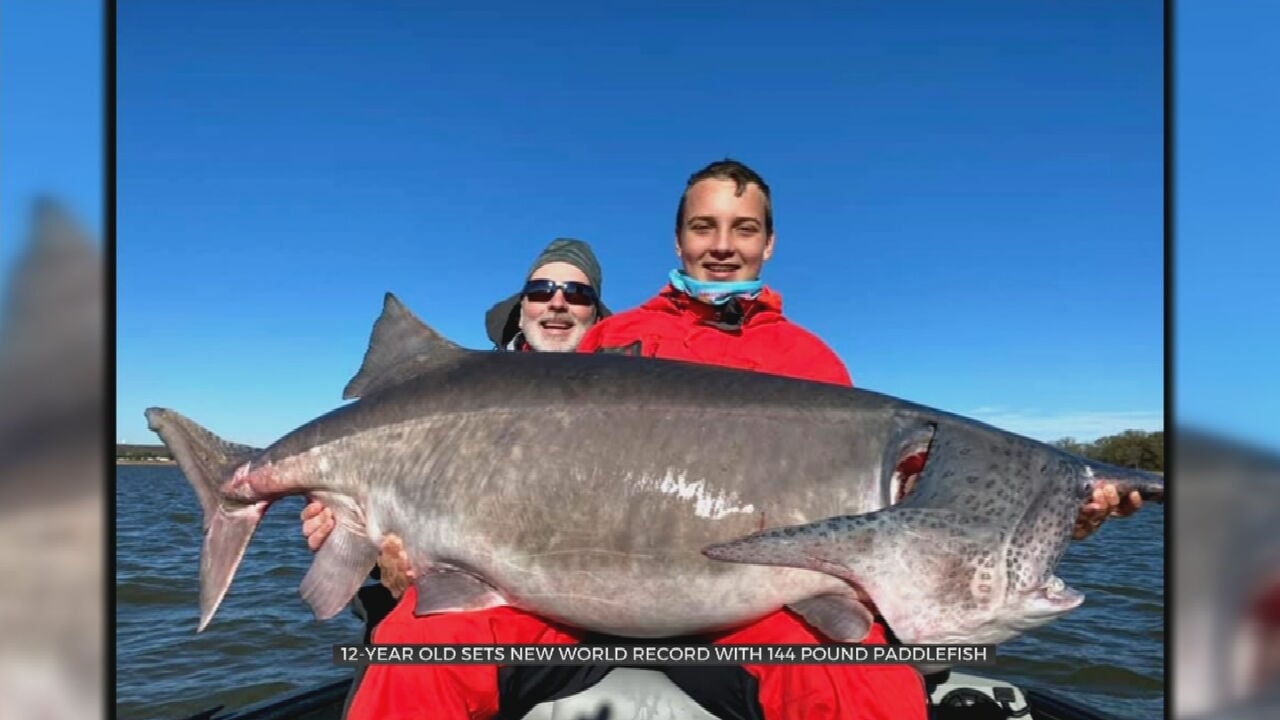 A 12-year-old boy has quite the fishing story to share. He reeled in the world's third largest paddlefish at Keystone Lake.

The 12-year-old from Florida visited Oklahoma in search of a trophy paddlefish and found just that.

William Burris landed a 144-pound paddlefish while fishing with Keystone Lake Paddlefish Charters over the weekend. It is the largest paddle fish reeled in by a 12-year-old that has been weighed.

Burris is the youngest angler to ever reel in a paddlefish that size.

Keystone Lake is home to the top three world record paddlefish and they’ve all been caught in 2020.

Cory Watters set the world record for largest paddlefish back in July. His monster catch with Reel Good Time Guide Service tipped the scales at 151 pounds and 9 ounces.

James Lukehart is on record with the world’s second largest paddlefish caught in June. It weighed 146 pounds and 11 ounces.