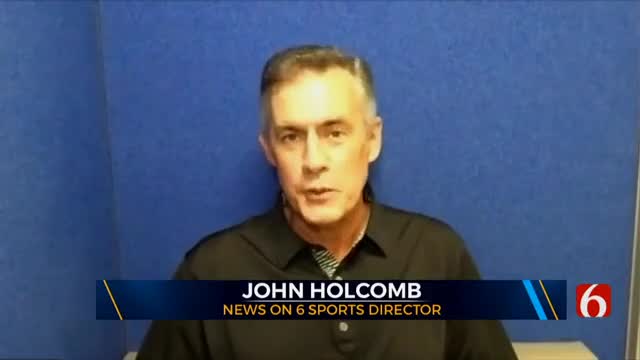 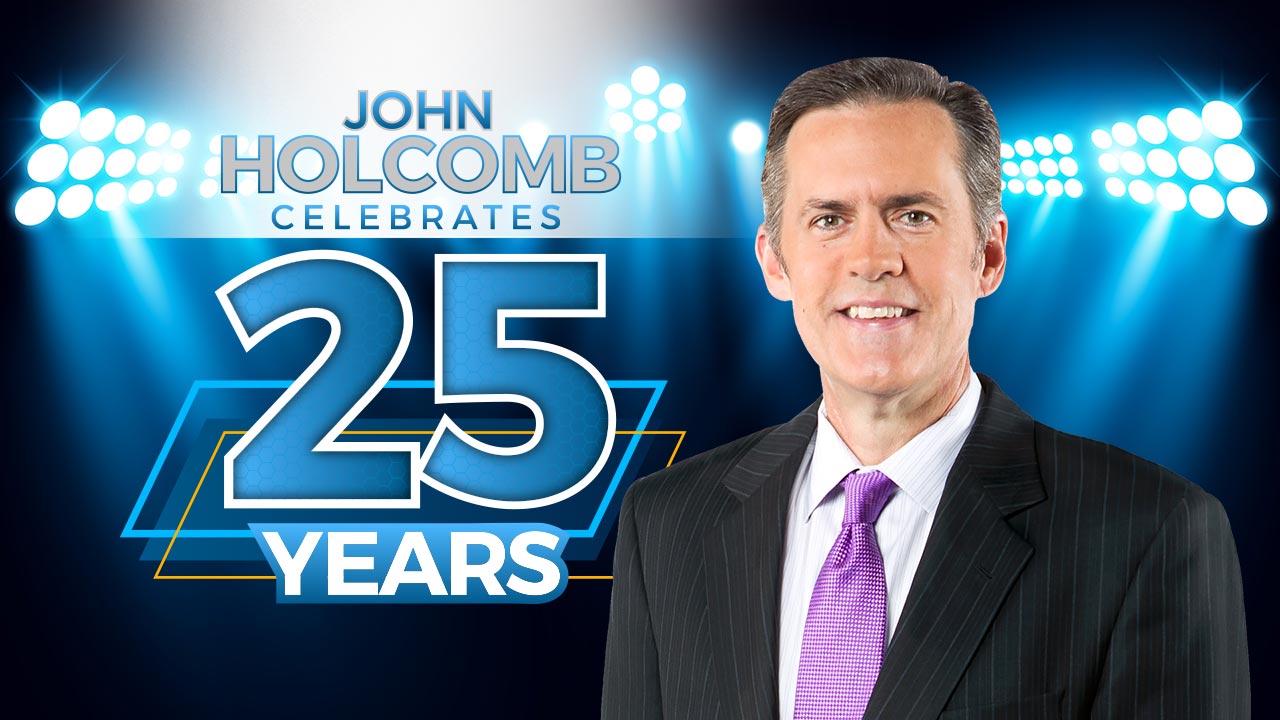 “When I came to Tulsa, I was excited to jump into such a great sports market and I quickly realized I had a lot to learn,” said Holcomb. “After 25 years, I’m still learning. I’ve been so blessed to have such great support from home from Jeanna and our girls and also from my work family. There are too many people to mention here who have impacted me and supported our work. In this business, you don’t have time to slow down much, and I look forward to many more years of doing what I always dreamed of doing when I was a kid.”

Holcomb began his career at News On 6 in 1995 and has held the position of sports director since September 1999. You can find him anchoring the weeknight sportscasts for News On 6 at 6 p.m. and 10 p.m. and co-hosting the “Oklahoma Ford Sports Blitz” statewide on Sunday nights. And, during high school football season, Holcomb also anchors the "Oklahoma Ford Friday Football Blitz” – Tulsa's high school football show.

“John is one of the most affable, likeable, easy going, honest, hardworking human beings I’ve ever met,” said Chuck Maulden, News On 6 Director of Content. “We’re grateful he’s leading and directing our sports coverage. John is a huge part of our success in creating the most-watched newscast in Tulsa.”

“John is a pro’s pro. He makes it look easy. And, it’s really not,” said Dean Blevins, News 9 Sports Director. “John’s easy-going disposition helps him in most all areas of his work. Players

and coaches trust him. Coworkers enjoy working alongside him. I’ve been doing this for over 35 years, and no one has been better to work with than John.”

Throughout his 25-year career, Holcomb has earned a number of awards for outstanding sports reporting and analysis including being named the Oklahoma Sportscaster of the Year in 2001, 2002, 2011 and 2019 by the National Sports Media Association.

He loves basketball, golf, tennis and, in his words, “about anything else that requires some coordination without total physical exhaustion.” Holcomb and his wife Jeanna have two daughters, Melody and Maggie, and are members of New Beginnings Church in Bixby.