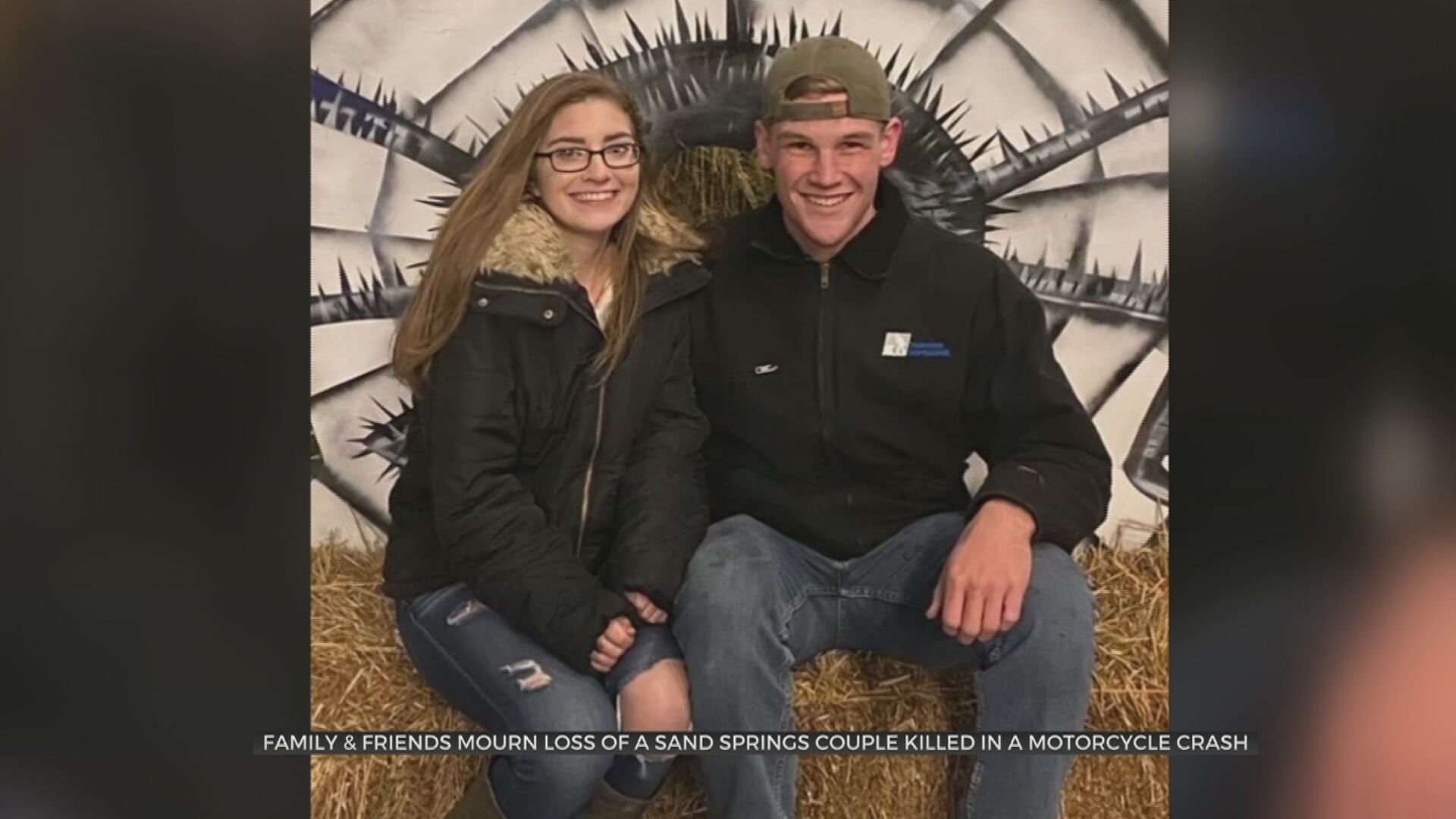 A couple in their 20’s died in a motorcycle crash in Sand Springs and relatives said the young man was getting ready to propose to his girlfriend.

21-year-old Mitchell Overton and 20-year-old Kennedy Behm met in the Army and were about to start their lives together. Families said they were deeply in love and their deaths are a shock.

Friends of Overton and Behm said the two had a special connection.

Overton’s mother said what's getting her through this is believing her son changed so many lives for the better during his short 21 years.

A huge cross decorated with pictures and memories of Overton and Behm watches over the Sand Springs crash site as people take time to grieve.

"Last night there were 100 people here. Ever since, there's been people dropping things off," said Clint Holt.

Austin Treat and Clint Holt were Overton’s childhood best friends. They describe him as the kind of guy who made a difference just by asking people how they're doing.

"It's very rare that an individual can make such an impact on somebody," Treat said.

"Nothing can prepare you for the pain and agony of it," said Linda Rhodes, Overton’s mom.

She adopted him after nine miscarriages and describes him as the greatest gift God ever gave her.

Linda said her son loved all things with four wheels. After graduating, he worked in heating and air, then decided to join the US Army Reserves. During training, Mitch met 20-year-old Kennedy from Pennsylvania. Linda said Behm had a huge heart, and joyful personality.

"Mitchell and I were supposed to get rings this week, because he was going to propose to her on Christmas," said Rhodes.

Linda said the two lived together in Sapulpa and were ready to settle down with each other. She believes Overton and Behm are dancing together in Heaven.

"I know where he's at. I know he's with the Lord Jesus," Rhodes said.

Rhodes hopes to start a fund in Mitchell's honor as a way to continue his giving spirit and help people in need.