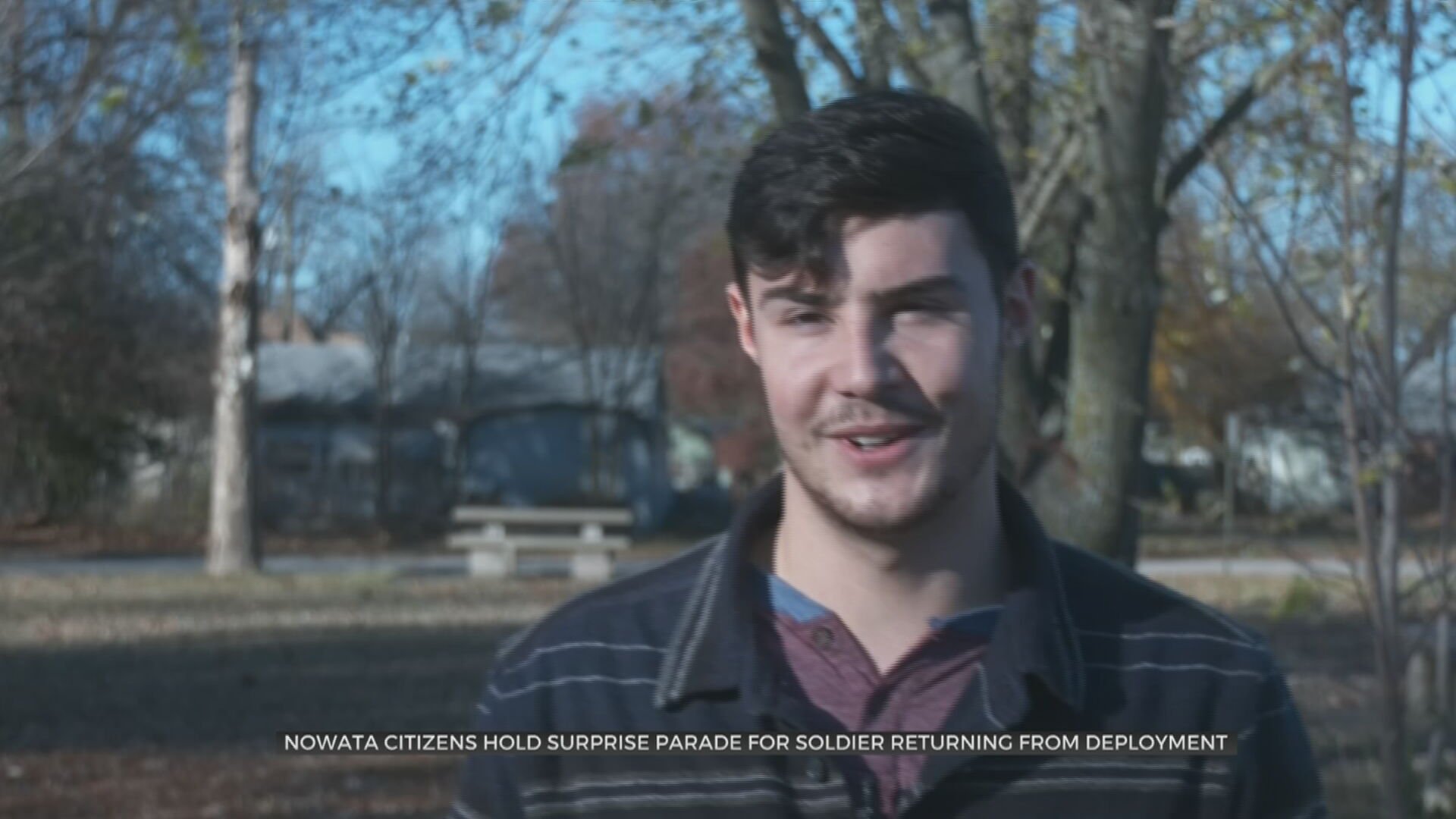 The town of Nowata gave a soldier returning home from deployment the surprise of a lifetime: his own parade.

Specialist Kraig Owens spent nearly a year deployed to the Middle East. Owens said being a soldier was always his dream, even from a young age.

After he graduated high school in 2017, he joined the Army. The Nowata native was stationed in Alaska. Last year, he was deployed to the Middle East, where he stayed for ten months.

Ahead of Veterans Day, Nowata prepared to honor its veterans, including a display at the Dusty Duck store downtown. Local businesswoman Robbi Moreland wanted to include Owens on her Faces of Freedom board, when she heard he was coming home.

"That's when I got ahold of his mom that we would like to do something," Moreland said.

"I thought it was a normal thing, and I thought, we don't usually take this route. All the sudden we have police cars behind us, and I'm thinking, are we getting pulled over?" Owens said.

After first responders escorted him to town, Owens’ brother presented Owens’ truck to him, after giving it a complete makeover. After three years, his whole town welcomed him home with signs, cheers and open arms.

"I couldn't believe it, it was packed," said Robinson.

On this Veterans Day, the solider said he can't forget about the sacrifices so many others have made.

"There's people there that never came home. They made the ultimate sacrifice," Owens said.

With his time in the Army complete, he's taking a few weeks to relax and hold his fiancé and family close.

"Welcome home Kraig and thank you for your service," Moreland said.